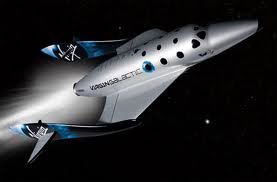 There are 76 travel agencies nationwide that have been authorized to sell tickets for Virgin Galactic space flights, according to the Sun Sentinel.

Virgin Galactic has announced a ticket price of $200,000, with a $20,000 deposit. This $200,000 ticket will get passengers a ride aboard a Virgin spaceship that is projected to last less than one hour. The spaceship will rise 50,000 feet before detaching from its mothership. Its rockets will then ignite to accelerate the spaceship to three times the speed of sound. Once the spaceship is above the Earth’s atmosphere, the engines will be cut, leaving passengers weightless. Gravity will be suspended for four to five minutes before it pulls the spaceship back to earth.

Virgin Galactic says each flight will be able to carry six passengers and two pilots, and they plan to offer three flights a day, five days a week.

While passenger flights have yet to begin, Virgin has been selling tickets since 2005.