As we reported last week, there was a spike in the number of reported UFO sightings this summer. That information was presented in an article written by Benjamin Radford of LiveScience.com that appeared on the CBS News website on September 19. Clifford Clift, the international director of the Mutual UFO Network (MUFON), is quoted in the article as stating, “When you average 500 a month [nationwide] and go to 1,013 in one month, that’s an interesting spike in sighting reports.” Clift

postulates, “It’s likely that the media and [alien-themed] movies that are coming out, like ‘Apollo 18’ and ‘Paul,’ are piquing people’s interest in UFOs.”

LiveScience published an infographic today on their website showing the top ten states for UFO sightings. The National UFO Reporting Center’s data was used to create the infographic, and the data represents sightings from 1994-2011. 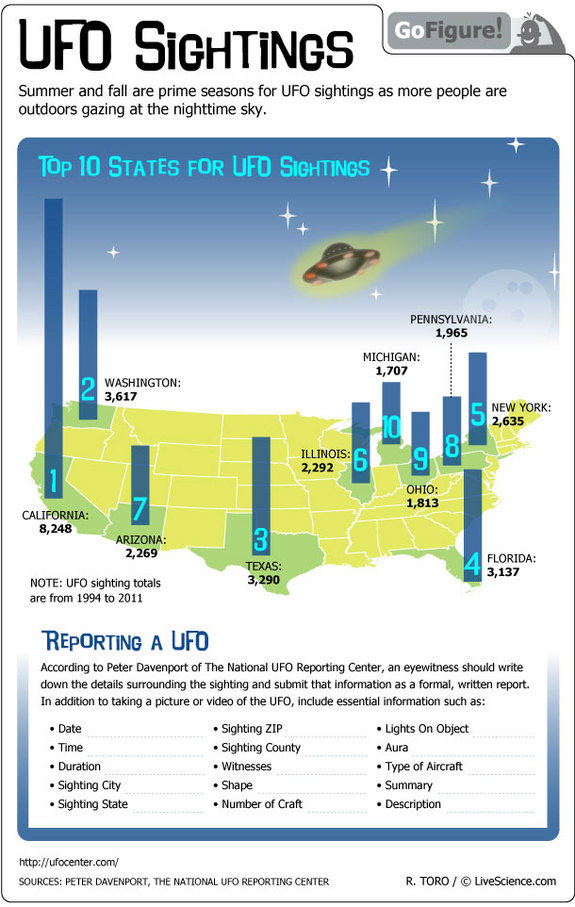