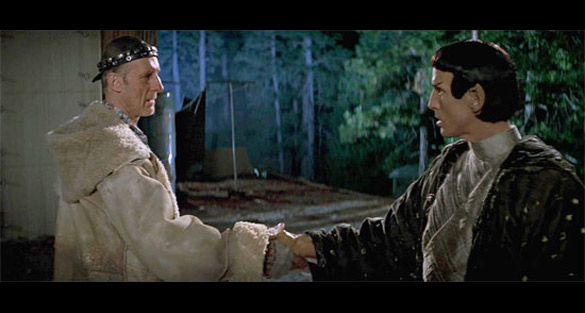 Today is First Contact Day, it marks the first time humans and an extraterrestrial civilization interacted with each other on April 5, 2063. Well, in the Star Trek universe at least. In Star Trek lore, April 5 is a day to celebrate. This is when the Phoenix spacecraft, the first with warp capability, took its maiden flight. A nearby Vulcan survey ship witnessed the event, and this step in technology allowed the Vulcan’s to initiate contact.

This momentous occasion was depicted in the Star Trek movie, First Contact. StarTrek.com explains how the date for first contact was chosen. According to Ronald Moore, the film’s co-writer, “The short answer on First Contact Day is that it’s my oldest son, Jonathan’s birthday,” Moore told StarTrek.com. “And that’s the only reason the date was chosen.”

As UFO researchers, many of us contemplate a day of official open relations with a benign extraterrestrial culture. Will the ETs have pointy ears and old school Beatles-like haircuts? Who knows, but the great thing about science fiction is that it allows us to see possible scenarios of how such an event can play out in grand fashion.

I would be remiss if I did not end this story with the age old Vulcan valediction… live long and prosper.