Home / Featured / The continuing saga of the Baltic Sea UFO

The continuing saga of the Baltic Sea UFO

That strange object most commonly referred to as the Baltic Sea UFO is making headlines again.

The object at the bottom of the Baltic Sea was detected on sonar in June 2011 by Ocean X Team. Based on these initial sonar images, the media and members of Ocean X Team fueled speculation that the object could be a crashed UFO resting on the sea floor. The treasure-hunting outfit set out on an expedition in June 2012 in hopes of identifying the object. According to some sources, an identification has been made. But others, including Ocean X Team believe the object’s identity is still a mystery. 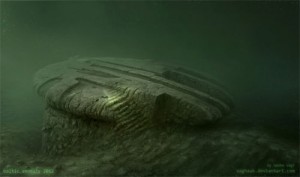 The website Life’s Little Mysteries published a story by Natalie Wolchover on August 30 titled “‘Mysterious’ Baltic Sea Object Is a Glacial Deposit.” Wolchover points out claims by Ocean X Team that an expert has been unable to explain the mysterious object. After contacting that same witness, Wolchover alleges that neither this expert, “nor any of the other experts contacted about the Baltic Sea object, think there is anything mysterious about it.” She goes on to state, “The expert analysis suggests this is just a glacial deposit that the Ocean X Team ‘discovered’ in a low-resolution sonar scan.”

But Ocean X Team co-founders Dennis Aasberg and Peter Lindberg claim that the only samples provided for analysis so far were collected in the vicinity. Samples have yet to be taken from the unidentified object itself. In their minds, the object’s identification is still a mystery.

This most recent article by Wolchover was republished by Fox News with the title, “Deep-sea Baltic UFO hunt turns up mere rocks.” If you’re detecting a bit of skepticism from Wolchover, you’re not alone.

The website Truthfall.com points out that Life’s Little Mysteries published an article in June 2012, also by Wolchover, titled, “Is the Baltic Sea ‘Sunken UFO’ an Elaborate Scam?” in an attempt “to debunk any explanation which did not fit with the standard historical model.” Truthfall goes on to state that, although the object may turn out to be a glacial deposit, “no expert to date is on record stating this as fact. It is merely a hypothesis based on rock samples of rocks found near the object (not of the actual object itself) yet LifesLittleMysteries.com makes the proclamation as though it were undisputed fact.”

The team suggests that straight edges on the object, revealed by newly released multi-beam sonar images, support the notion that this submerged mystery is something manufactured.

Another Ocean X Team expedition is scheduled to leave Sweden on September 8, following the disappointing outing in June that resulted in multiple equipment failures.

And if you just can’t get enough of the Baltic Sea UFO, you’re in luck. A documentary is reportedly being made about Ocean X Team’s discovery of the strange object and their subsequent expeditions.