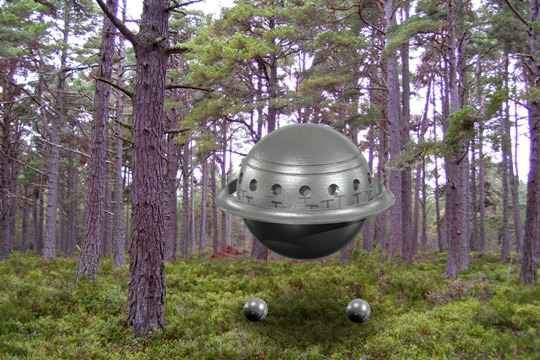 On November 9, 1979 Robert Taylor (forester with the Livingston Development Corporation), left his house in the morning around 10:30 AM to inspect a few young trees within the vicinity of Livingston Scotland (United Kingdom). He was riding in an official Forestry Department van, and eventually parked on the side of the road due to the heavy tree growth in the area. Proceeding on foot (with his dog), Mr. Taylor turned a nearby corner and caught sight of an unusual craft. The object appeared to be spherical in shape, with a strange collar running along the outer circumference. The UFO was hovering a few feet above the ground, and made no sound. Its exterior was dark grey metallic in color, and its texture resembled that of sandpaper. On some areas of the craft, it appeared to be transparent. There were also a series of portholes running along the outside. Mr. Taylor estimated its size to be approximately twenty feet in diameter.

Then, Taylor was shocked and amazed to see two smaller sphere shaped objects (measuring three feet in diameter), exit the bottom of the UFO. They quickly approached him, and appeared to have the same exterior texture of the larger craft. However, the smaller objects had “spikes” or appendages sticking out (similar to war-time naval mines). As they rolled across the ground in his direction, they made a strange “plopping” noise. Upon reaching him, the objects attached themselves (one on each trouser leg below the pockets). Then, Taylor felt that the small spheres were tugging him in the direction of the larger craft. He also noticed a strange smell emanated from the objects that resembled “burnt automobile brake linings”. He was now being dragged on the ground towards the craft, and eventually lost consciousness. When he woke up, the objects were gone, and he noticed that he had lost his voice. He also tried to stand, but lost the use of his legs. Eventually, Mr. Taylor crawled the 300 feet back to his van, and tried without success to use his two-way radio to alert the authorities. Attempting to drive back to safety, Mr. Taylor got caught in soft soil and could not drive out. Somewhat recovering after the incident, Taylor was then forced to stagger the mile back to his home. Source: APRO Bulletin July 1980, Journal of Transient Aerial Phenomena Vol. 1, No. 2, March 1980. 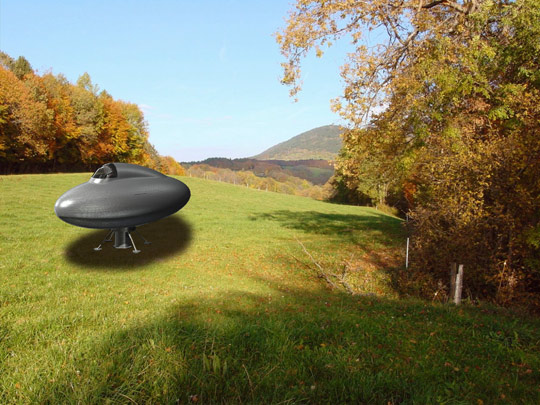 On July 1, 1965 Maurice Masse (local farmer of Valensole France) sighted a strange “beetle” shaped UFO which had landed near his home. The craft had an elliptical egg shaped body, with what appeared to be a streamlined crew compartment on the top. The outline of a door was seen on the left side of the UFO. At least four landing gear legs were visible, with a strange center column which extended down to the ground. As Masse walked near to the unusual craft, he noticed two beings which were apparently examining a nearby lavender plant. When approaching to within twenty-five feet of the visitors, one of them pointed a cylindrical tube looking device in his direction which immediately paralyzed him. Although being unable to move, Masse was still fully aware of his surroundings, and described the beings as looking like “little men”, about the size of an eight year old child, dressed in one piece flight suits. They had large heads and white skin which looked smooth in appearance. Within a few moments, the two beings re-entered the craft and sped away at a 45 degree angle. Officials from the French government claimed that the object was a new type of experimental helicopter undergoing test flights. However, they never bothered to explain the alleged beings associated with the case. Sources: NICAP, UFO Analysis Report July/August 1968, Canadian UFO Report issue No. 2-2 (1971). 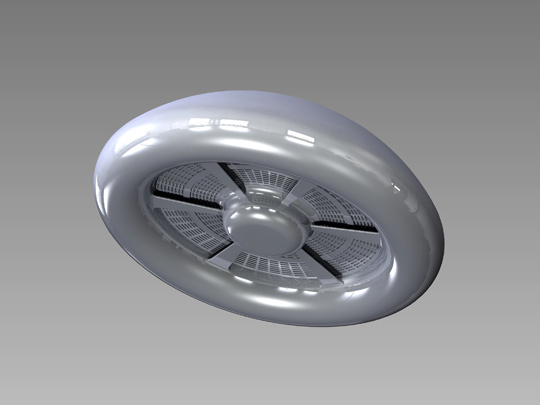 During August of 1967 (exact date unknown), a Calgary area chiropractor was riding his horse near the Sarcee Indian Reservation. Suddenly, his horse became nervous, and started violently twisting and turning. Then, the doctor noticed a strange low flying cloud ahead that was approximately 70 feet across. Seconds later, a solid object slowly started to emerge which appeared to be about 40 feet in diameter. The primary eyewitness stated that the craft was made of a material that looked like plastic or fiberglass. The bottom of the UFO resembled a mushroom, and it had a silvery blue color. There appeared to be two concentric circular vent-like structures on its lower surface which were rotating in opposite directions. These were separated by a circular casing which was about two feet wide. The lower surface also contained a ten foot diameter dome which had tapering beams connected to the outer rim. A brilliant electric blue light which looked like a “welder’s arc” was visible along the leading edge of the craft. Within a few minutes, the unusual object returned to its cloud, and departed to the southwest. Source: Canadian UFO Report issue No. 1-2 (Spring 1971)