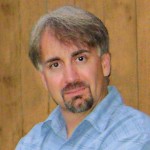 On Sunday, January 24th, abductee Stan Romanek presented evidence pertaining to his case in a 3.5 hour event sponsored by Open Minds. Stan led the audience through a chronological summary of his case, touching on some of the bizarre occurrences that make the Romanek case so controversial.

Strange events have become commonplace in Stan’s life over the past several years. He claims to have been beaten up, shot at, and regularly receives mysterious phone calls. I’ve heard recordings of several of these calls, but had never personally heard it happen live until last Friday.

Stan Romanek was the guest on Open Minds Radio on Friday, January 22nd. He called in from Colorado to participate in a phone interview with host Alejandro Rojas. When Stan was describing details of his first abduction, a digital voice interrupted Stan, saying, “You need to learn to keep your mouth shut.” The phone line then went dead. When this happened during the show’s production, we all looked at each other with bewilderment. While there is no way of knowing if this occurrence was truly some mysterious person/being breaking into the call, or just a cheap fabrication to create a buzz, it certainly was something interesting to experience firsthand.

The presentation given by Stan Romanek in Phoenix was filled with photos, videos, and audio clips, but was only a sample of the material associated with his case. For those of you who want to see more Stan Romanek material, a documentary about Stan’s case is currently in production, and it will present content that has not been previously released. Additionally, Stan will be speaking at the 2010 International UFO Conference in Laughlin, NV this February.