Scarlett Johansson plays a man-eating alien in ‘Under the Skin’

A new teaser was just released for the upcoming noir sci-fi thriller Under the Skin. 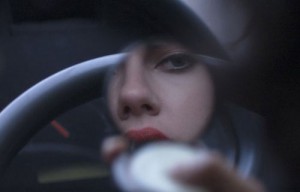 Website NME.com describes that actress Scarlett Johansson stars as an extraterrestrial “sent to Earth by a rich corporation on her planet to prey on Scottish hitchhikers so they can be delivered to her compatriots and fattened up for meat.” But things become complicated for Johansson’s character when she begins to appreciate the complexity of Earth and its inhabitants.

Interestingly, many of the men lured by Johansson’s character in this movie were not actors. These men were reportedly only informed after the fact that they were in a movie.

Under the Skin is an adaptation of a novel of the same name by Dutch author Michel Faber, and is directed by Jonathan Glazer.

Here is a look at other upcoming UFO/ET-related movies: