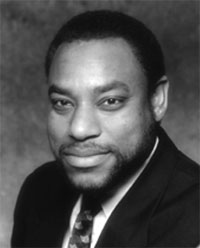 Derrick Pitts is the chief astronomer at the Franklin Institute in Philadelphia, Pennsylvania. The Philly Post describes, “He’s been named one of the Top 50 African-American research scientists, and he’s a media force, having appeared on MSNBC, The Colbert Report and The Late Late Show With Craig Ferguson and hosted his own local weekly radio show.” And as the Philly Post‘s Steve Volk reports, this respected scientist is now endorsing a book about UFOs.

The book is UFOs: Generals, Pilots, and Government Officials Go On the Record by journalist Leslie Kean. This book hit shelves in August of 2010 and quickly became a New York Times bestseller. As Kean’s website describes, the book’s content comes from “highly credible aviation witnesses and official investigators – including five generals and a former U.S. governor – who reveal the facts about UFOs in riveting, personal accounts . . .” 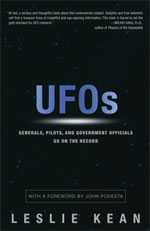 Kean’s book was the catalyst that forced Pitts to alter his stance on the topic of unidentified flying objects. The accounts provided by these highly credible people in Kean’s book helped Pitts come to the realization that the UFO phenomenon is real, and that “we should be able to address it scientifically, without all the stigma involved.”

In his Philly Post article, Volk (who recently released his own book that explores UFOs and other paranormal phenomena) points out that “what Pitts endorses is the ‘unidentified’ aspect of an unidentified flying object.” This refers to a point that is mentioned on Kean’s website and in her book:

“We know that of all UFO sightings reported, 95 percent can be explained as ordinary phenomena. However, within that remaining 5 percent, spectacular well-documented UFO events have been officially investigated by government agencies around the world, yet no conventional explanations were found.”

Pitts’s new outlook on the UFO phenomenon is refreshing, and one that more scientists will hopefully embrace. He is unconcerned with the possibility of being tainted for his endorsement of a UFO book, and stresses, “The scientific viewpoint is to admit when we don’t know something and look for answers.”

Pitts’s endorsement of Kean’s book will be in the paperback edition that hits shelves in August of this year.