Home / Articles / Reserve deputy terminated for investigating UFOs
On February 11, 2011 two deputies went to the home of Chuck Zukowski to relieve him of his badge, gun and ID, handing him a termination letter ending his eight year stint as a reserve sheriff’s deputy in El Paso County, Colorado. 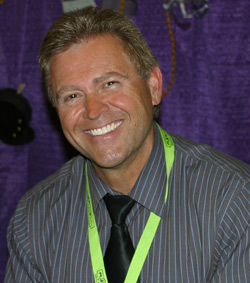 On February 11, 2011 two deputies went to the home of Chuck Zukowski to relieve him of his badge, gun and ID, handing him a termination letter ending his eight year stint as a reserve sheriff’s deputy in El Paso County, Colorado. The letter begins, “The termination is a result of you conducting paranormal and unidentified flying object investigations into animal mutilations…”

Zukowski has been conducting paranormal investigations for decades, many of which are documented on his website, www.ufonut.com. He is also a family man and successful microchip engineer. However, for the last eight years he has put aside time to help out the El Paso County Sherriff’s Department as a volunteer reserve deputy.

Lately Zukowski’s paranormal investigations have been getting more press. He lectures all over the country on Roswell and conducts ghost investigations, but the sheriff department’s point of contention came with a string of mysterious cattle/horse mutilations in Colorado that Zukowski investigated.

According to the sheriff’s department Zukowski publicly contradicted and was critical of their findings in relation to a horse mutilation in Rush Colorado in August of 2010. In an article by TheHorse.com regarding the Rush mutilations, it stated that the horse’s owner and Zukowski disagreed with the sheriff department’s conclusion that the death was due to “animal activity.” Furthermore, Zukowski’s website pointed out that deputies are not trained for these sorts of investigations. He says he offered to conduct training, but was turned down. 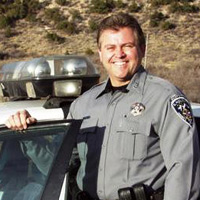 The sheriff’s department’s termination letter also stated, “Although you have claimed not to have represented yourself as a Sheriff’s Office Reserve Deputy, the media reports allude to you as ‘volunteer El Paso County Sheriff’s Department deputy.’” Zukowski says he has never told the press his credentials as a reserve deputy, and he is not responsible for their inclusion of that fact.

In a recent story by News First 5, they looked into what provision of the county’s rules of conduct Zukowski may have violated. They say that they “discovered one provision that limits employees from criticizing the sheriff’s office. However, the rule doesn’t extend to off-duty, private conversations.”

Zukowski wonders, “Is having a volunteer deputy sheriff running UFO/Paranormal investigations on his personal time considered an eye sore to the Sheriff’s department? So much so, that they want him out of their department?”

More on the details regarding Zukowski’s dismissal can be found at his website.