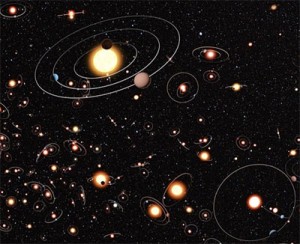 An exciting announcement was made recently that suggests there could be billions of extraterrestrial-inhabited planets in our very own galaxy. According to MSNBC, a statistical analysis based on a survey of millions of stars suggests that there is at least one planet for every star in the sky, and probably more, adding up to approximately 160 billion planets in the Milky Way.

A team of international scientists recently published findings in the journal Nature that conclude “stars are orbited by planets as a rule, rather than the exception,” and many of those are likely to be similar to Earth. The estimate is that one in ten planets is the right temperature to sustain life.

The search for habitable planets and extraterrestrial life is gaining momentum, thanks largely to NASA’s planet-hunting space telescope Kepler. But according to a team of scientists, an important element has been overlooked when considering a planet’s potential habitability. According to René Heller, a postdoctoral research associate at the Leibniz Institute for Astrophysics in Potsdam, Germany, many astrobiologists have failed to consider the variable of planetary tilt in calculating the possibility for alien life to exist on other planets. 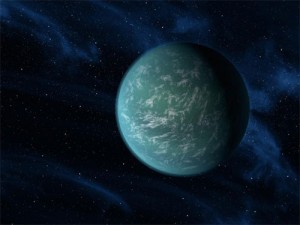 Space.com reports that Heller and his colleagues recently published two papers describing how the gravitational interactions of stars and planets eventually erode the axial tilt of a planet. Computer simulations executed by the researchers concluded that “red dwarfs quickly erase the axial tilt of habitable, Earth-like exoplanets,” therefore eliminating the “temperature-moderating tilt” that the researchers contend makes life more likely to exist on a planet. Planets around sun-like stars, such as the newly discovered Kepler-22b, are less likely to experience this axial tilt erosion, and therefore are better candidates for life.