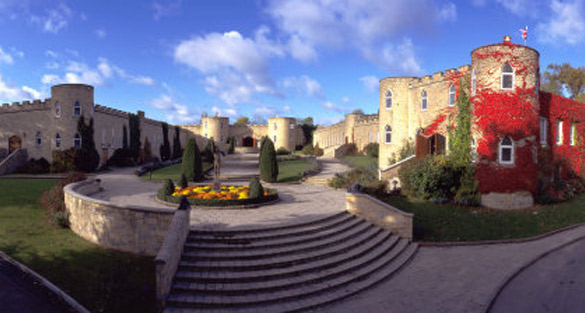 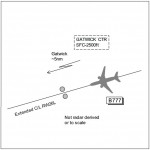 The pilots of three separate passenger planes reported UFO sightings over Scientology’s posh British headquarters in West Sussex, England. The sightings were released in a report by an agency that investigates potential mid-air collisions.

According to British newspaper, The Sun, the pilots reported seeing “two flat, silver discs” during their approach into Gatwick Airport. Some of them reported the discs flying within 100 feet of their aircraft. Air traffic control says they did catch six UFOs on radar, and that soon after the radar signals appeared, they suddenly vanished.

Nick Pope, a former UFO investigator for the British Ministry of Defence, told The Sun the sightings are “spectacular.” He continues, “The evidence is first rate. The witnesses are experienced pilots and there is radar evidence to back up their stories.” 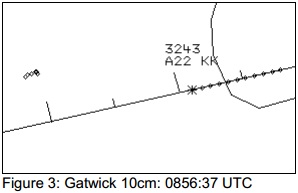 Image of radar data showing the six unknowns registered during the sightings. (Credit: UK Airprox Board)

The sightings are part of a regular report released by the UK Airprox Board, a group that evaluates near misses to assess the causes and future risks. Their most recent report, released June 5, includes the UFO sightings reported by the pilots on December 30, 2012. According to the report, one of the pilots described the objects as “some sort of toy.” Thus, they speculate the event was probably the result of a balloon, toy or model plane.

However, Pope says, “none of these theories hold water.” Although the Airprox board speculates the objects were toys, they conclude that “the objects sighted remaining untraced,” and filed the report as unexplained.

The Airprox made no connection to the Church of Scientology headquarters in their report. That appears to be the work of The Sun. The headquarters in question are a few miles away from where the sightings took place. However, since Scientology is connected with a belief in aliens, The Sun must have felt the connection was appropriate.

The British Scientology headquarters are on the 59 acre estate of the Saint Hill Manor, built in 1792.