Home / Articles / The Guardian says no UFO files in Wikileak cables
According to a new column by the British newspaper The Guardian, titled Wikileak Cables: You ask, we search, there are no files related to UFOs or aliens in the over 250,000 leaked US embassy cables. 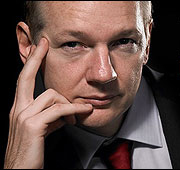