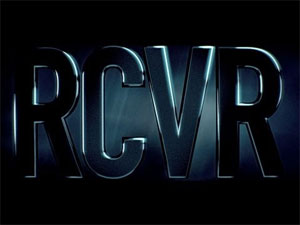 Hollywood has embraced the UFO/extraterrestrial theme since the early days of filmmaking. This theme seems to be more prevalent now than ever, but not just in feature films. The television industry and the music industry are also regularly adopting the UFO/extraterrestrial theme. And now, this theme is also being utilized by popular online entertainment network Machinima in their new web series titled RCVR.

RCVR, with its stories of extraterrestrial encounters and cover-up attempts by a secret government, will surely appeal to fans of shows like X-Files. Chris Atkinson of ReelSEO explains that “RCVRs are people who have been communicated to by aliens, possessing knowledge about things like complex math that they did not before.” Machinima provides this description of the series:

RCVRs are humanity’s greatest assets and it is the job of Agent Luke Weber to track them down. In doing so, Weber is also tasked with conducting one of the most important disinformation campaigns in American history. But the cover up is about to get even more difficult for Agent Weber.

UFOs and extraterrestrials have always been extremely popular topics of conversation on the Internet in discussion forums and on social media websites. They are also the subject of countless online videos on video sharing sites like YouTube. While much of the UFO video content on YouTube is claimed to be genuine UFO footage, the RCVR web series is quality, scripted entertainment. Up until now, the UFO/extraterrestrial theme has been mostly absent from the blossoming web video industry. But with Machinima behind the new RCVR series, this theme will receive major attention in the web video world.

There was a spike in the number of reported UFO sightings this summer. That information was presented in an article written by Benjamin Radford of LiveScience.com that appeared on the CBS News website on Monday, September 19. 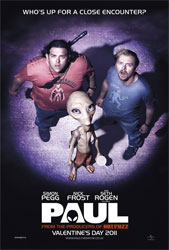 Clifford Clift, the international director of MUFON (the Mutual UFO Network), is quoted in Radford’s article as stating, “When you average 500 a month [nationwide] and go to 1,013 in one month, that’s an interesting spike in sighting reports.”

But what caused the spike?

Clift postulates, “It’s likely that the media and [alien-themed] movies that are coming out, like ‘Apollo 18’ and ‘Paul,’ are piquing people’s interest in UFOs.” Radford explains, “People hear about UFOs, and for a while they tend to look at the sky more often, wondering if they might have their own sighting. And precisely because people are spending more time looking at the sky, they will for the first time notice (normal) lights and objects that have always been there.” So, the increase in the number of UFO sightings reported could indicate that UFOs are simply being noticed more, and not necessarily appearing more frequently.

So will Machinima‘s RCVR series contribute to this “piquing” of interests in the topic of extraterrestrials and UFOs? Being that Machinima has one of the most popular YouTube channels with more than 56,000,000 subscribers, the answer is most likely “yes.”

The August/September 2011 issue of Open Minds Magazine is a special issue examining Hollywood and UFOs. Find out more about this issue in the Open Minds store.