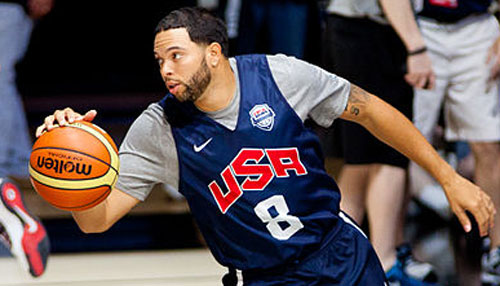 Williams was recently interviewed by GQ Magazine’s Peter Schrager. During the interview, Williams revealed that he saw something strange on the night of October 29th when the power went out in Manhattan. He explained, “The night all the power went out, I was standing out on my balcony, looking outside the window. Out of nowhere, I saw this big green flash across the sky. It wasn’t lightning. It looked . . . It looked like a UFO.”

“Nice. What was it really?” is how Schrager reacted. Williams responded, “A UFO. I’m telling you, man.” According to NetsDaily.com, others also observed the strange light in the sky that night. But NetsDaily.com also makes the assumption that what people saw was an exploding transformer on 14th Street.

Although the ConEd substation that exploded in New York is a possible explanation for a green flash, it is impossible to make that conclusion without further details from Williams. He described the flash as looking “like a UFO.” If he observed a fireball-like object streaking through the sky, it could have been a meteorite with a heavy composition of nickel, which would explain the observed green color. But who knows what he means by a “flash across the sky” that looked “like a UFO?” With a vague description like that, the possible identifications are endless.