Home / Articles / UFO News / NASA uses Hollywood to keep people interested in the extraterrestrial
NASA feels that working with Hollywood is the key to keeping the general public interested in space.

NASA uses Hollywood to keep people interested in the extraterrestrial 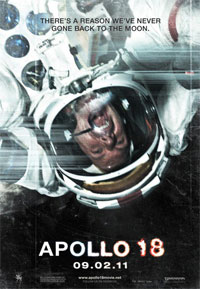 The movie Apollo 18 tells the story of what “really” happened to the eighteenth Apollo mission. And while the film’s makers are calling it a “documentary” to create the illusion of reality, NASA is worried that viewers might accept the movie as fact.

Bert Ulrich, NASA’s liaison for multimedia, film, and television collaborations, recently told the Los Angeles Times, “The film is a work of fiction, and we always knew that. We were minimally involved with this picture. We never even saw a rough cut. The idea of portraying the Apollo 18 mission as authentic is simply a marketing ploy. Perhaps a bit of a ‘Blair Witch Project’ strategy to generate hype.”

It’s strange that NASA feels the need to go on the defensive here. The NASA response is clearly a result of The Weinstein Company’s (the team behind Apollo 18) marketing efforts, which have included using UFO researcher Stanton Friedman as a publicity figure for the film. Friedman has made a number of appearances to lend his opinion about whether or not the real Apollo 18 and Apollo 19 missions were truly scrapped, including an August 15 appearance on MSNBC‘s Dylan Ratigan Show. Space.com reports that, in press materials for the movie, Friedman is quoted as saying, “People ask why was there no Apollo 18 mission . . . I ask, what happened to Apollo 18 and Apollo 19? They were both paid for and astronauts were trained. What happened to these missions?”

And while NASA is urging moviegoers to ignore the claims of reality by the filmmakers, the Los Angeles Times points out, “NASA realizes that keeping the public interested in the extraterrestrial is critical to its future.” Ulrich explained, “It’s a wonderful way to reach the public through these huge media means like feature films and television shows, and it can inspire people in an interesting way, and it also can instruct people about what space exploration is all about.”