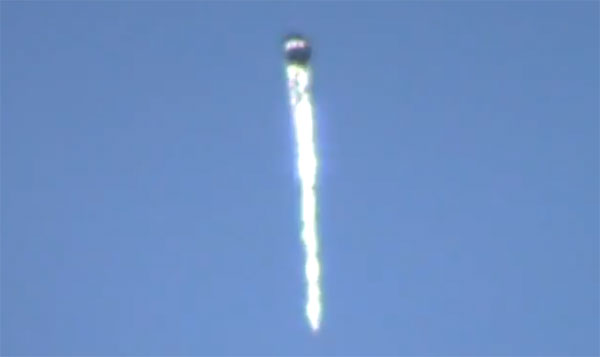 A strange UFO was spotted by several witnesses above Dos Palos, California in early July 2012.

One witness managed to record the object on video for more than ten minutes. From this video, the aerial object appears to be a metallic-looking, sphere-shaped object with long, shimmery strands suspended below this sphere. Local Fox affiliate KMPH explored the possibility that this UFO was simply a weather balloon, but scientists from the National Weather Service said they “haven’t seen a weather balloon that looks like that ever.”

KMPH also sought the opinion of the Federal Aviation Administration (FAA) regarding this UFO, but the FAA did not return the station’s calls.

Here is the news story KMPH aired about the UFO over Dos Palos:

And here is the witness video:

What is your opinion of this unidentified object? Do you think this is a weather balloon, or something else? We encourage you to share your thoughts with us on the Open Minds Facebook page, or in the comments below.