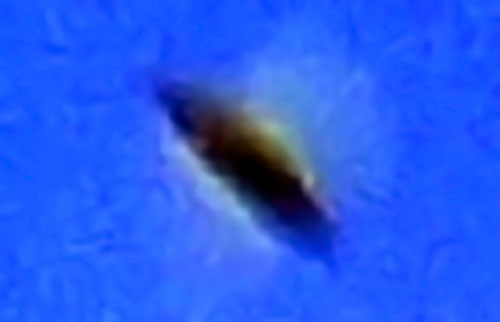 A man in Perth, Western Australia claims he has snapped hundreds of photos showing UFOs.

The photographer, Rob Hartland, discovers the UFOs when reviewing the thousands of photos he takes of the sky. According to Perth Now, Hartland has taken more than 20,000 photos of the day-time sky in the past six months. He reportedly began taking pictures of clouds in November 2012 to test out a new Sony Cybershot DSC-RX100 camera. But when he reviewed the photos on his computer, he started noticing unidentified objects in some of the shots. 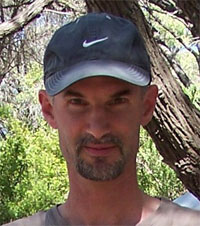 Hartland, who reportedly has a PhD in biochemistry, claims to have identified a dozen different UFOs of varying shapes, including round, square, and saucer-shaped UFOs. On his website, Hartland explains:

These craft are fast-moving and fly at fairly high altitude as I usually focus the camera on the edges of mid- to high-altitude clouds. I usually take a series of 20 to 30 photos on continuous shooting mode with a fraction of a second between each photo. When captured, most of the time these craft are present in only one and occasionally two of the series of 20 images. I usually take about 300 images at a time, especially when there are wispy high-altitude clouds. On some days there may be craft present in more than 5% of the photos, although many are too small for enhancing. Now I only look for the really good ones. 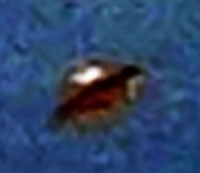 Perth Now reports that the Sunday Times picture editor Jackson Flindell said, “Mr. Hartland’s images did not appear to have been tampered with, but dust on a digital camera’s image sensor could cause anomalies in digital photographs, while powerful magnification could also distort images in some cases.”

Hartland is careful to point out, “I always say ‘could’ rather than ‘is.’ There is always doubt. But UFO stands for unidentified flying object and as far as I’m concerned these aren’t identified. It’s possible some are man-made, but I don’t think they all are.”