Home / Strange News / Man allegedly electrocuted an alien, stored it in his freezer 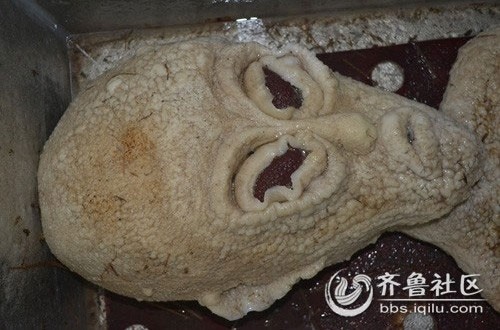 Man allegedly electrocuted an alien, stored it in his freezer

Story via the Shanghaiist

A man from Binzhou, Shandong province, claims he found an alien on the banks of the Yellow River and stored it in his freezer, Guizhou Metropolis Daily reports. 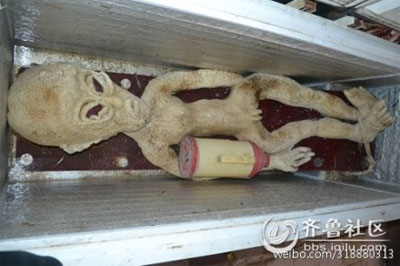 The alleged alien in the freezer.

Weibo is currently going nuts over this story, and the not-at-all-fake-looking photos that accompany it. The discoverer of the extraterrestrial, a man surnamed Lee, said he saw a number of UFOs flying over the Yellow River when one crashed to the ground. The alien conveniently hit an electric rabbit trap Lee had set up previously, incapacitating it and allowing Lee to transport it to his freezer.

Read the full story at the Shanghaiist.