Journalist explores UFOs and the paranormal 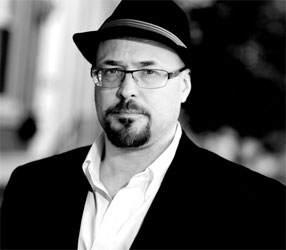 A Philadelphia reporter recently took a journalistic look into the paranormal. In an effort to understand the unexplainable, Steve Volk “put his journalistic skills to use and spent three years researching paranormal phenomena from a variety of angles and sources,” according to PhillyBurbs.com. And the results of his multi-year research are in his new book Fringe-ology: How I Tried to Explain Away the Unexplainable and Couldn’t.

Volk’s venturing into the unknown was precipitated by a childhood ghost experience of his own.

In a recent interview with Victor Fiorillo of the Philly Post, Volk stated:

The book is actually about our dysfunctional relationship with the paranormal. We love it in movies and fictional stories. But 20 percent have reported experiencing ghosts. And another 20 percent reports seeing a UFO. And more than 60 percent believe in some sort of paranormal phenomenon. But the knee-jerk reaction is to laugh.

In this interview with the Philly Post, Volk is asked about the percentage of things that are truly unexplainable. He responds by pointing to UFO studies that show how a low percentage of UFOs remain unidentified. Similar information was presented by journalist Leslie Kean, author of UFOs: Generals, Pilots and Government Officials Go On the Record. After a ten-year investigation, Kean concluded that ninety five percent of all UFO sightings can be explained as ordinary phenomena, leaving five percent of the sightings unexplainable.

In addition to UFOs, Volk explored other paranormal topics including ghosts, lucid dreaming, and telepathy. In fact, his research provided strong evidence to support the reality of telepathy. Volk admitted in his interview with the Philly Post that he was “most frightened” to write the telepathy chapter in his book because he found the evidence supporting telepathy to be so strong.

Volk set out to gain a better understanding of paranormal topics. PhillyBurbs.com points out that “Volk is no closer to having all the answers about the paranormal,” but he’s fine with that. Through his book, he hopes to spark discussion and debate, and hopes skeptics and believers will learn to listen and learn from each other.

Steve Volk will be a guest on Open Minds Radio on Monday, June 20th.