The size of the audience was visibly larger for day two of the International UFO Congress. The speakers were all interesting, but it was Daniel Sheehan who brought the audience to their feet. Sheehan received a standing ovation following his presentation that addressed philosophical and theological questions raised by human contact with extra-terrestrial intelligence. After his lecture, Daniel also led a supplementary presentation to a more intimate audience.

Open Minds aired the second episode of Live From Laughlin last night, with guest John Ventre, MUFON PA State Director. The third episode will air tonight, live at 7:30PM PST, with very special guest, Bob Brown, a founder of the International UFO Congress. Be sure to tune in for this special broadcast. 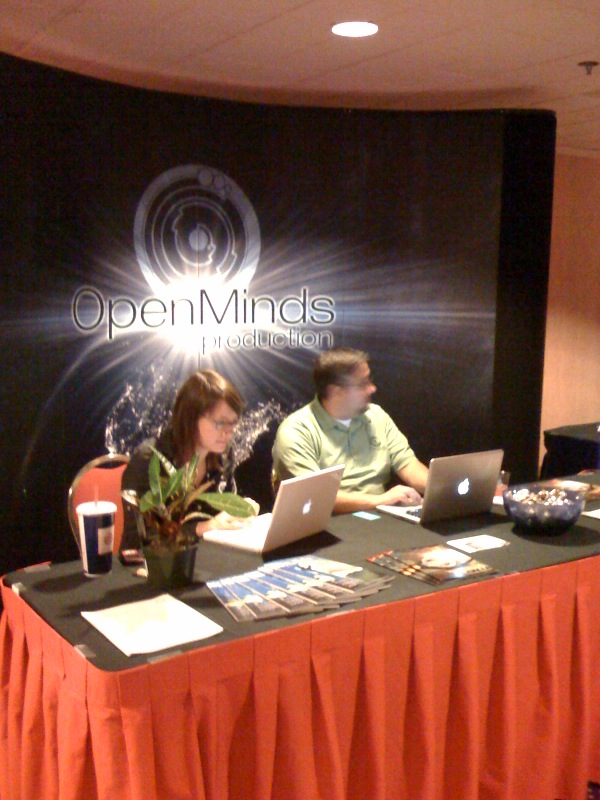 Maureen and Alejandro at the Open Minds information booth.