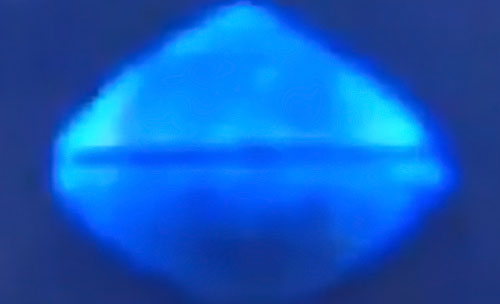 On November 5, 2012, Adrian Musat recorded video of a UFO hovering over the forest area of Clunie Wood north of Perth, Scotland.

The Courier reports that Musat, who lives in the Walker Court area of Pitlochry, first observed the bright object from his living room window at approximately 7:30 am. He saw the UFO again at approximately 5:30 pm that evening, but this time, the object emitted pulsating light. He estimates the flashing UFO was approximately five meters wide, and claims the object’s colors were constantly changing.

Musat took his video to The Courier, then subsequently sent a copy to the British UFO Research Association (BUFORA). 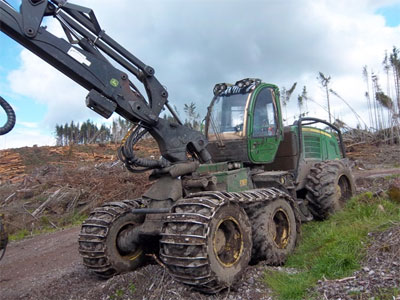 But on November 14, the BBC reported that BUFORA had identified the UFO. According to the report, BUFORA is “confident the light was actually within the trees and not above them.” The organization concluded that the mysterious object was simply a “spotlight on a forestry vehicle.” According to the BBC, “The Forestry Commission has confirmed it had tree-felling operations under way in the woodland at the time.” The Scotsman reports that a Forestry Commission Scotland spokesman said, “We had a team in that woodland doing harvesting at the time. They were using a cabin-mounted light as they were in the area before full-light and after dark – they do a long shift.”

Before the Courier published the initial story about this UFO, they posted the following message on their Twitter account: “We had a serious power cut tonight. Ahead of our exclusive Pitlochry #UFO story. Coincidence? Or conspiracy? See Tuesday’s paper for more!” Although this comment was most likely made in jest, there are sure to be many who suspect something much more spectacular than a spotlight was recorded by Musat, and is therefore being covered up by the Forestry Commission and others.

So what do you think? Does the object in Musat’s video look like a “spotlight on a forestry vehicle,” or is the true identity of the UFO something else? Share your thoughts with us by leaving a comment below, or by posting on our Facebook page.