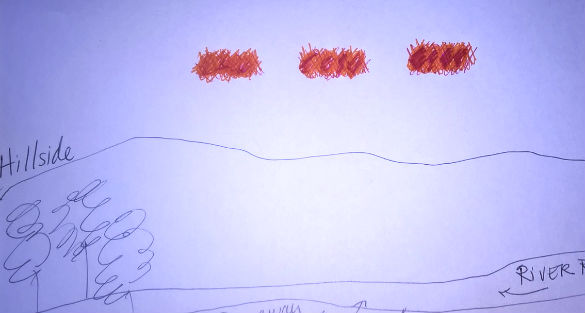 An Idaho witness at Buhi reported watching three orange-red, rectangle-shaped objects that joined together and disappeared in place, according to testimony in Case 83942 from the Mutual UFO Network (MUFON) witness reporting database. 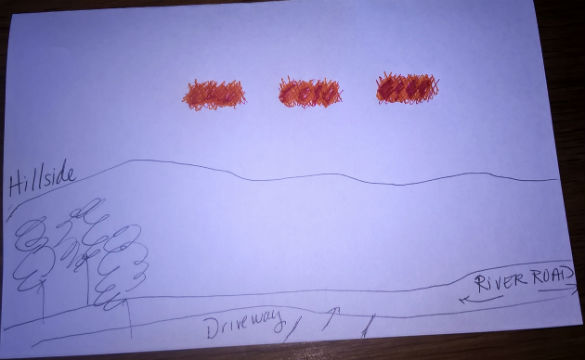 “Observed three rectangular bars of light that seemed composed of orbs,” the witness stated.“Orange-red in color.”

“The three bars of light moved smoothly in a horizontal fashion.”

“The lights on the left and right joined or moved to join the center light and then blinked out. There was nothing there, after the sky being brightly lit by big orange/red forms.”

Idaho MUFON Assistant State Director James Millard investigated this case and closed it as an Unknown. The witness included one illustration with the report, which was filed on May 24, 2017. The report indicated the witness thought the object was over 500 feet in altitude, with no cloud cover. 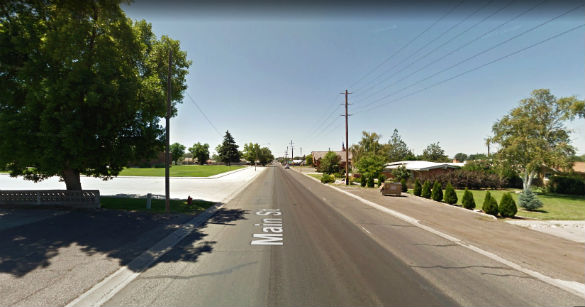 After the group of orbs joined together as one light, the light simply disappeared. Pictured: Buhi, Idaho. (Credit: Google)

Buhi is a city located on the old Oregon Trail in the western half of Twin Falls County, Idaho, population 4,122. Please remember that most UFO sightings can be explained as something natural or man-made. The above quotes were edited for clarity. Please report UFO activity to MUFON.com.