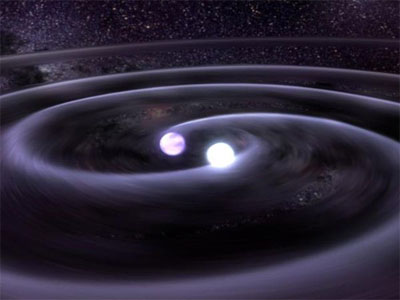 Habitable planets could be more common than we think they are

The search for potentially habitable planets has largely focused on Earth-like, rocky worlds, orbiting sun-like stars. But according to a new study, Earth-like planets around white dwarf stars may also provide habitable environments.

According to New Scientist, new research by scientists at the Open University in the UK “shows that an Earth-like planet in a white dwarf’s habitable zone would get light at the right wavelengths to sustain photosynthesis,” and “Crucially, such a world would not get too much damaging ultraviolet radiation, which can stop life in its tracks.” New Scientist explains that the team reached their conclusion by simulating conditions created by a white dwarf star. By calculating the amount of light that would reach a planet’s surface, and comparing that with the light wavelengths absorbed by DNA, a hypothetical planet with an Earth-like atmosphere would have photosynthesis conditions “almost identical to those on Earth.”
New Scientist also points out that previous studies have suggested that habitable zones may exist on planets orbiting white dwarf stars.

The understanding of conditions and locations in which habitable environments may exist continues to evolve. And with this evolution comes the likelihood that potentially habitable worlds are common in the universe.