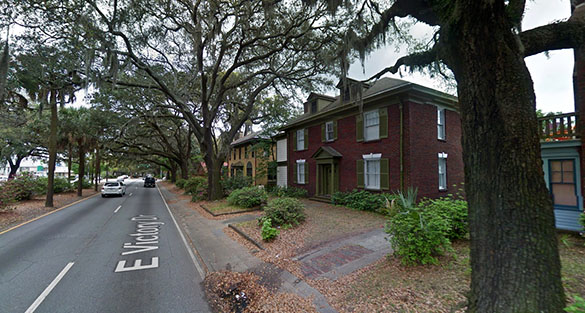 A Georgia witness at Savannah recalled events from 2007 when a football-shaped object moving silently about 75 feet above a two-story building appeared to be about three to four feet in length, according to testimony in case 82024 from the Mutual UFO Network (MUFON) witness reporting database. 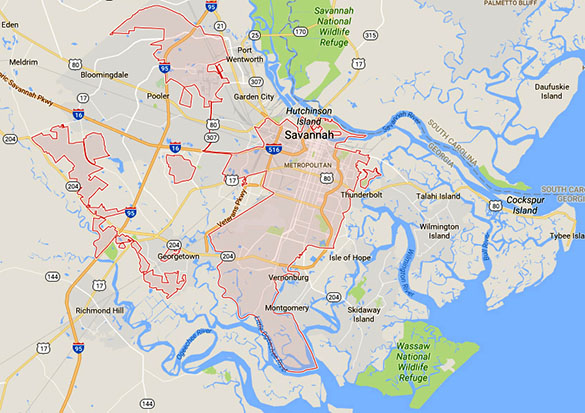 The witness first noticed a dark, round silhouette with small wings coming toward him over Savannah, GA. (Credit: Google)

The witness was outside on top of a two-story building watching a meteor shower on August 12, 2007.

“I was looking towards the north when I noticed a dark, round silhouette with small wings off in the distance against the glow of the city sky,” the witness stated.“Sometimes I would see owls flying at night, but this was obviously not an owl.”

The witness thought the object might be a bird.

“My first thought was that this has got to be the fastest bird with the shortest wings I have ever seen and the wings were not moving. I then realized that it was coming directly towards me. I instantly jumped up from my seat to give it my full attention.” 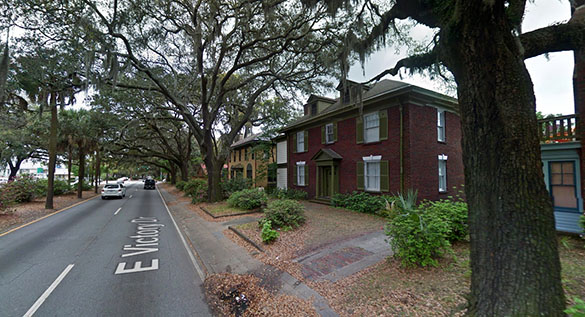 The object was about 75 above a two-story building. Pictured: Savannah, GA. (Credit: Google)

The witness guessed at the object’s altitude.

“The building I was standing on is two stories tall and I would guess that the object was about 75 feet above that. It was traveling from north to south in a straight line at approximately 35 to 45 mph. It was shaped like an American football with the tips cut off with two small, rectangular wings that were angled at about 45 degrees. I would guess that it was about three to four feet in length. The object had the appearance of molten lava.” 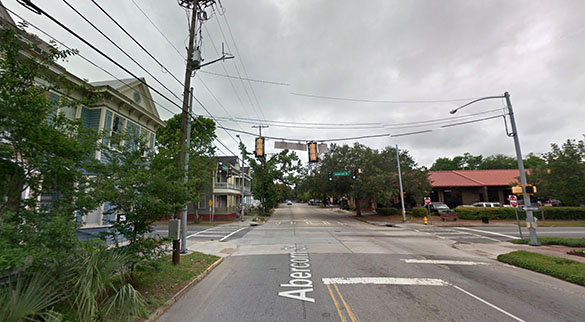 The center of the object appeared to be glowing red. Pictured: Savannah, GA. (Credit: Google)

The witness noticed other characteristics of the object.

“It was not tremendously bright, but it was bright enough that I could see it perfectly. The center was glowing red and the rest was orange, yellow and black swirls with it being darker towards the edges. It looked like it had been cast from molten lava. It made no sound that I could hear and I didn’t see any type of propulsion like a propeller or an exhaust of any kind. It flew directly over me as I tracked it as it flew overhead and then out of my sight.”

Georgia MUFON Field Investigator David Marchant, Sr. and State Section Director Jeremy Haslam are investigating. This case was reported to MUFON on February 12, 2017. Please remember that most UFO sightings can be explained as something natural or man-made. The above quotes were edited for clarity. Please report UFO activity to MUFON.com.