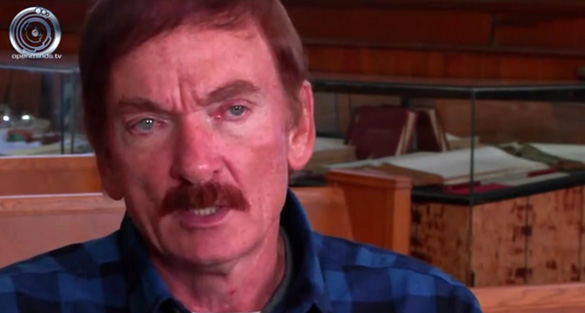 Just in time for Alien Abduction Day, Travis Walton, a logger who’s coworkers saw him get blasted by a UFO before going missing for five days in 1975, has announced details of a 40th anniversary event that includes a visit to the site where the UFO was seen on the same day and at the same time it all took place 40 years ago.

In case you did not know, today is Alien Abduction Day, also known as Extraterrestrial Abduction Day. As we wrote about in 2012, the origins of the holiday is unknown, but it now has its own Wikipedia entry.

So what better day to announce details about a unique and rare opportunity regarding perhaps the most famous alien abduction event ever. According to the website, the public is invited to “Join Travis Walton on a guided walking tour of the actual site where he encountered a burning fire in the sky and was taken aboard a spacecraft of unknown origin. As twilight approaches, you will be led through the forest while Travis takes you step-by-step through his harrowing experience.” 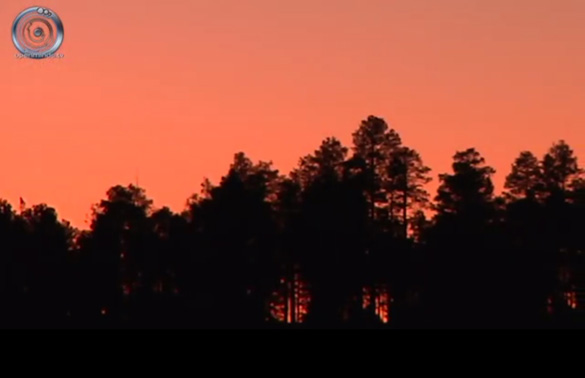 The forest at the site of Walton’s UFO experience at dusk.

Walton’s harrowing experience made headlines when he went missing. After seeing Walton zapped, his coworkers took off, assuming he was dead. They returned soon after, but the UFO and Walton were gone. They raced to report Walton’s disappearance to the police, but the police had a hard time believing their friend was attacked by a UFO. A massive man hunt was mounted, but as time when on, authorities began suspecting that Walton’s friends must have killed Walton and concocted a wild story about a UFO taking him away.

Eventually, Walton returned. He thought he had been gone only a few hours, but it turned out to be five days. Walton remembered seeing the UFO before it zapped him. He then didn’t remember anything until being dropped off on the side of the street and seeing the UFO flying off in the night sky above him.

Later, under regression, he remembered strange events taking place onboard some sort of apparent spacecraft. 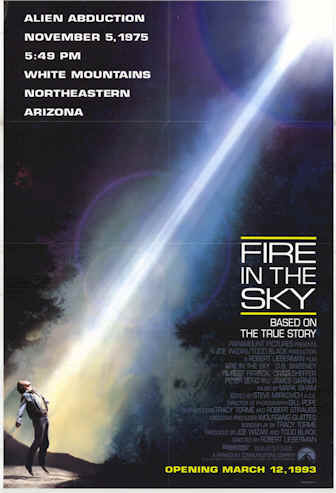 Fire in the Sky movie poster.

The 1993 movie Fire in the Sky, was based on Walton’s experiences, and portrayed the events fairly accurately, except for what Walton remembers happening under regression. The movie starred D.B. Sweeney, James Garner and Robert Patrick.

The movie is often criticized for not staying true to the Walton’s experience when it comes to what Walton remembered under regression. However, Tracy Torme, singer Mel Torme’s son, who is a filmmaker and wrote the script for Fire in the Sky, will be giving a lecture at an anniversary event being held after the UFO site tour to explain why the producers asked him to make the changes.

Torme’s talk will be part of the Skyfire Summitt, which will be held in Heber/Overgaard, Arizona, near the location where the UFO was seen on November 5, 1975. The event will begin the day after the UFO site tour, running from November 6 – 8, 2015, and will include lectures from Walton and UFO researchers, and a panel with Walton and some of the men who witnessed his disappearance.

You can read more about the event at SkyfireSummit.com.

Scene from the movie Fire in the Sky.

In the interest of disclosure, I should note that yours truly (me) will be emceeing the event.

A smaller test run of the event was held last year, and OpenMinds.tv was there.  You can see more about it in our video below.

The event will also include a screening of the International UFO Congress EBE Award Winner for Best Movie and People’s Choice, Travis. Watch the trailer below.