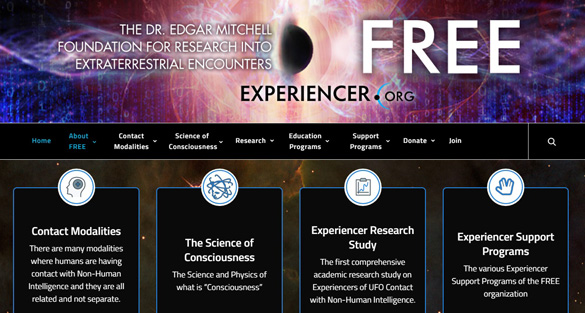 Open Minds UFO Radio: Robert Davis, Ph.D is an internationally recognized scientist in his field, and served as a professor at the State University of New York for over 30 years.  He graduated with a B.A. and M.A. from the City University of New York and with a Ph.D in Neuroscience from The Ohio State University. Dr. Davis has published over 40 articles in scholarly journals and several book chapters on various topics in clinical audiology, the effects of noise on hearing, and auditory neuroscience.  He has also lectured on these topics at national and international conferences and was awarded several major grants to fund research in the neuroscience.

His research and investigation into the UFO phenomenon convinced him that the phenomenon remains unresolved, is a source of considerable debate among millions worldwide, and is a very important concern unfortunately ignored by the general scientific community.  He advocates for the need to advance our understanding of the phenomenon through the development of a governance structure to provide the necessary leadership, direction, and related resource support, both human and fiscal, for a multidisciplinary team of leading scholars to study the phenomenon.

Dr. Davis also serves as a member of the Board of Directors and Research Team of the Dr. Edgar Mitchell Foundation for Research into Extraterrestrial Experiences (FREE).  FREE was established to provide a scientific exploration of the relationship between advanced physics and the various “modalities of contact” with UFOs and nonhuman intelligent beings.

Dr. Davis has written a book on the UFO phenomenon, entitled The UFO Phenomenon: Should I Believe?

For more information about Dr. Davis and his book, visit TheUFOPhenomenon.com.