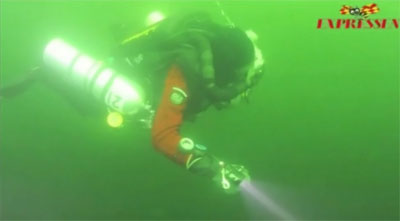 Additional developments in the exploration of the “Baltic Sea UFO” recently emerged. It was on June 15 that the treasure-hunting company Ocean X Team issued a press release stating that their divers met with “something abnormal” at the bottom of the sea. And according to an article published by All Voices on June 22, this mysterious object isn’t the only abnormal thing the team encountered during their investigative dive.

“Strange anomalies” reportedly occurred when divers were in close proximity to the object. And both shipboard and underwater equipment failures were reported. The Daily Mail quotes Ocean X Team member Stefan Hogerborn as saying, “Anything electric out there – and the satellite phone as well – stopped working when we were above the object.” But equipment functionality returned when the ship moved approximately 650 feet away from the object. A similar effect occurred under water when cameras stopped working near the object. All Voices suggests that “this mysterious interference with equipment could indicate some type of energy emitting from the sunken object.” 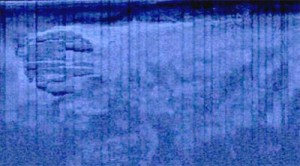 Mysterious object at the bottom of the Baltic Sea. (OceanX/Peter Lindberg)

It is interesting to note that similar equipment malfunctions are commonly reported by UFO witnesses.

Team member Dennis Asberg is completely puzzled by his team’s find, and has allegedly stated the object could be any number of things, such as a “meteorite or an asteroid, or a volcano, or a base from, say, a U-boat from the Cold War,” or even a crashed UFO.

The Ocean X Team will return to the site in the coming weeks to perform additional tests, and will reportedly be accompanied by a geologist.