Home / Articles / Disk shaped UFOs sighted over Krakow, Poland
The sightings took place on the 8th and the 9th of March 2011, and all involved large disk shaped objects. 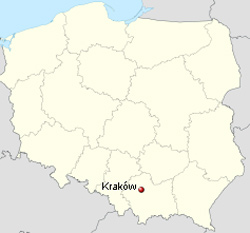 Krakow, the second largest city in Poland, has had several multiple-witness UFO sightings in the last few weeks, according to the Polish UFO site INFRA.org.pl. The sightings took place on the 8th and the 9th of March 2011, and all involved large disk shaped objects.

The first sighting was in the town of Lyczanka, 9 miles south of Krakow, on March 8th. At about 7:20 pm the witness was driving home with his daughter when he noticed a large disk-shaped object hovering overhead. He stopped to take a closer look. He described the object as being around 50 feet in diameter and only about 100 to 150 feet off of the ground. It had white lights around its rim, green and red lights on the bottom, and was slowly rotating around its axis.

The second sighting that night took place at about 9:25 pm. On their way to Krakow, two women noticed a bright light. At first they thought it to be a small plane from the nearby Balice Airport. However, when they passed directly under the craft, they noticed it was a large metallic disk with red lights along its rim. After passing under the object they saw it again to their left. The witnesses were unsure if this was another similar object or the same one.

Drawing from the first witness on the 8th.

The next day, 7 miles west of Krakow in Kryspinów, a woman and her children all saw a large disk-shaped object from their vehicle. The object had a row of white lights “resembling light bulbs”. It stopped in mid-air for a moment and then took off to the north.

The object was seen again 10 minutes later over Krakow. The witness said that she heard a sound similar to a helicopter, but when she looked at the source it was a dark object with a ring of white lights around its rim about the same size as a plane. It was low to the ground, had two lights in the middle, and she said the object was such a dark color that it looked darker than night.

Some witnesses also said they noticed increased helicopter activity after their sightings. INRA.org.pl researchers contacted Balice airport officials and a military Air Transport base. Both reported they did not know anything about any “unusual aerial activity” on those days.

The researchers found all of the witnesses to be reliable. 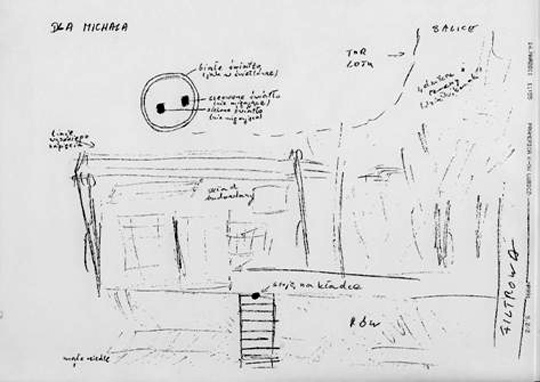 Drawing from the second sighting on the 9th. 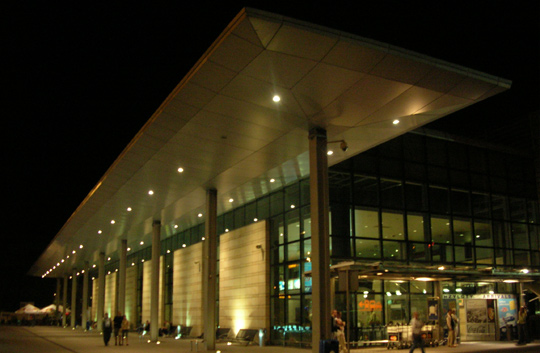