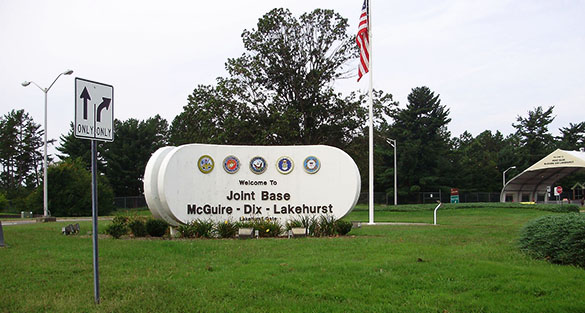 A New Jersey witness at Lakehurst reported a 2014 incident where a disc-shaped object the size of a “football field” moved overhead and then quickly moved away, according to testimony in Case 82734 from the Mutual UFO Network (MUFON) witness reporting database. 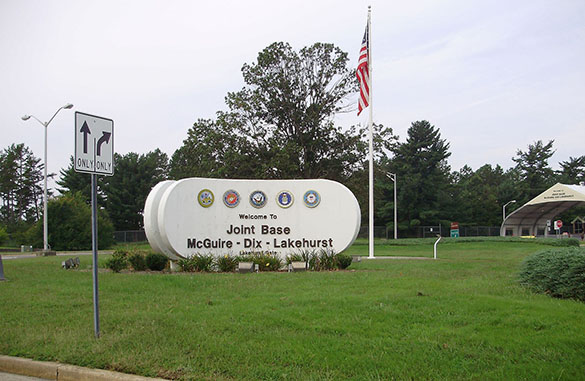 The object was seen hovering over Joint Base McGuire–Dix–Lakehurst. (Credit: Wikimedia Commons)

The witness was driving home from work on December 10, 2014, when the incident began.

“At the end of this one long, hilly road, you come to a four way stop,” the witness stated.“Diagonally, there is a large, empty field. And beyond that is the base. Once I got to the stop sign there was another car in front of me and we simultaneously saw something in the sky and hit the brakes immediately in the middle of the road.” 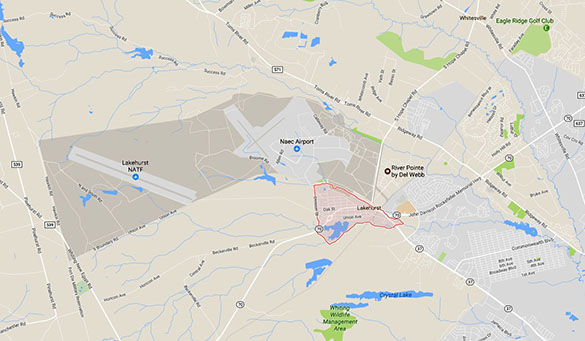 The object was as large as a football field. (Credit: Google)

“There were 12 or more lights lined up in an oval shape larger than a football field. It could have been much bigger if it was further way. Similar to the Phoenix Lights. I just found that real quick as an example. But the oval shape was more pronounced. The ring or halo of lights were almost tilted on an angle. The lights lit up in a row. The oval sped up quicker and quicker until it vanished completely without a trace. The reason why I decided to write about this now is because I was driving past that field the other day and realized you can see stars everywhere in the sky, except for where those lights were above the base.” 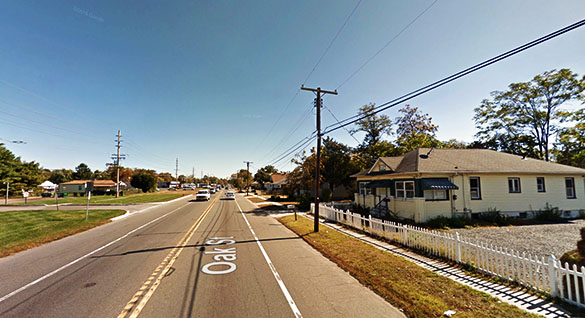 Lakehurst is a borough in Ocean County, New Jersey, population 2,654. Lakehurst Maxfield Field, sitting just north of the city, is the naval component of Joint Base McGuire-Dix-Lakehurst, a United States Air Force-managed joint base headquartered approximately 25 miles (40 km) east-southeast of Trenton in Manchester Township in Ocean County, New Jersey, United States. It is primarily the home to Naval Air Warfare Center Aircraft Division Lakerhurst, although the airfield supports several other flying and non-flying units as well.

New Jersey MUFON Chief Investigator Ken Pfeifer is investigating. Please remember that most UFO sightings can be explained as something natural or man-made. The above quotes were edited for clarity. Please report UFO activity to MUFON.com.