Did a Russian scientist find life on Venus?

A Russian scientist claims to have discovered life on Venus. 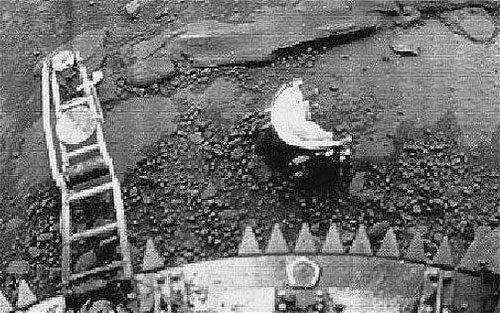 Leonid Ksanfomaliti, professor at the Moscow-based Space Research Institute and member of the Russian Academy of Sciences, recently published findings in the Solar System Research journal claiming that photos from Russia’s 1982 Venera 13 landing probe show life on Venus. According to the Telegraph, Ksanfomaliti claims that multiple objects (specifically a disc-shaped object and an object with a “scorpion shaped body”) appear in the photos, and they appear to “emerge, fluctuate and disappear.” He explains in his paper, “What if we forget about the current theories about the non-existence of life on Venus, let’s boldly suggest that the objects’ morphological features would allow us to say that they are living.”

But according to MSNBC, “outside analysis suggests he is breathing life into an assortment of camera lens covers and image blurs.” One person who doubts Ksanfomaliti’s conclusions is Jonathon Hill, a research technician and mission planner at the Mars Space Flight Facility at Arizona State University. Hill processes many of the images taken during NASA’s Mars missions, so he is familiar with examining photos from landing probes. It is his opinion that the disc-shaped, or “crablike,” object is simply a mechanical component. He supports his theory by explaining that the same object is visible in a photo taken by an identical Venus landing probe that landed nearby.

If those objects were already on the surface of Venus, what are the chances that Venera 13 and 14, which landed nearly 1,000 kilometers apart, would both land inches away from the only ones in sight and they would be in the same positions relative to the spacecraft? It makes much more sense that it’s a piece of the lander designed to break off during the deployment of one of the scientific instruments.

According to MSNBC, it is NASA’s opinion that the “crablike” objects in the photos are “camera lens covers that popped off the Venera probes after they landed,” and the “scorpion-shaped body” is simply digital noise in the photos.

What are your thoughts about these photos? Is Leonid Ksanfomaliti, a respected Russian scientist, breathing life into inanimate objects? Or is NASA dismissing the idea of life on Venus to quickly? Share your thoughts on the Open Minds Facebook page.