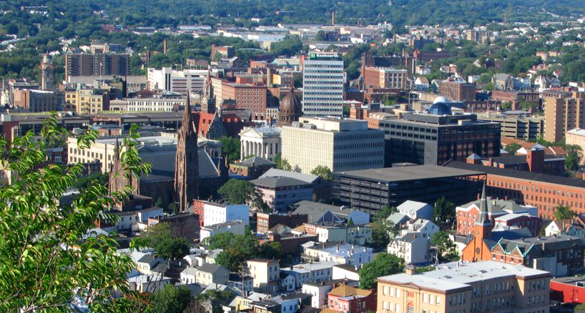 A New Jersey witness in the Paterson-Lodi area reported watching a square or cross-shaped object moving low over the area before disappearing in the night sky, according to testimony in Case 69220 from the Mutual UFO Network (MUFON) witness reporting database. 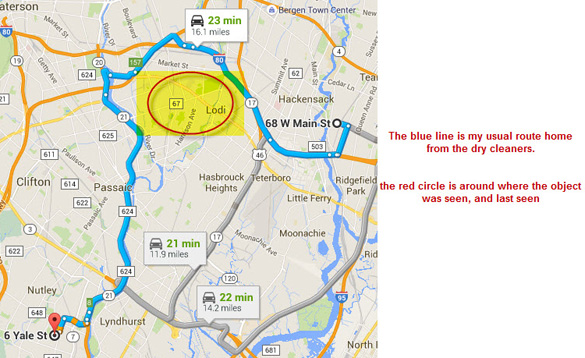 The witness was returning from the dry cleaners and was traveling along Route 80 west when the object was first seen about 10:14 p.m. on August 10, 2015.

“I’m driving fine, and ready to jump on Route 20 and 21, my direct route for home,” the witness stated. “So in the process of my getting on the exit lane to jump on the Parkway, I notice something hovering over the sky.”

The witness first thought the object was an airplane, but then noticed it was not moving.

“It was an unusual shape. This object looked like a cross, but all four wings if we want to call it that, had a circle light towards the edge of each wing – four lights total. The size of the wings were even. The lights on them were bigger than average aircraft lights – well at least the ones we are used to seeing. The object appeared to be very dark, maybe black in color.” 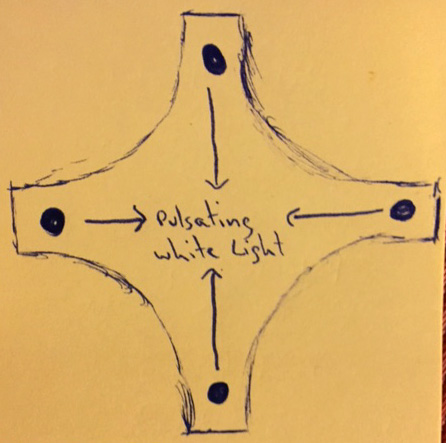 The sky helped to define the object.

“The only reason why I could tell the shape is because the entire sky had a purplish color to it, and the shape was outlined, and definitely stood out in the sky.”

The witness had trouble pulling over.

“So as I’m taking the exit and I want to be safe driving. There is a guy tailgating me because at this point I’m slowing down trying to find a safe spot on the shoulder to park so I can take a picture of this object. I can catch the object in between the tree lines now, and can barely see it. As I find a good spot to park, I look at the sky. I have full view of it, New York skyline and all, and the object is not there anymore. It just disappeared. I could not tell where it went. There was absolutely no trace of it.”

At this point in time there were no other private or commercial aircraft in the sky.

“The eerie part about it is that there were no other flying objects (helicopters or small planes) in the sky. I mean you can tell other commercial jets on the horizon, but none around the air space that this object was located in.” 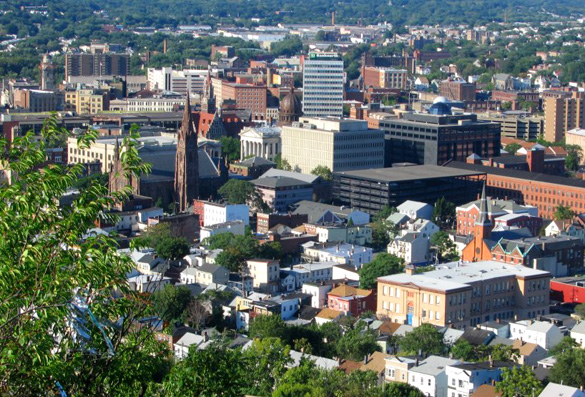 Paterson is the largest city in and the county seat of Passaic County, New Jersey, population 146,199. Please remember that most UFO sightings can be explained as something natural or man-made. The above quotes were edited for clarity. Please report UFO activity to MUFON.com.