A mysterious crop circle in Lincoln County, Washington shows no signs than anyone entered the field . 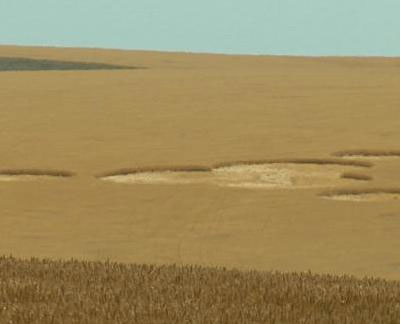