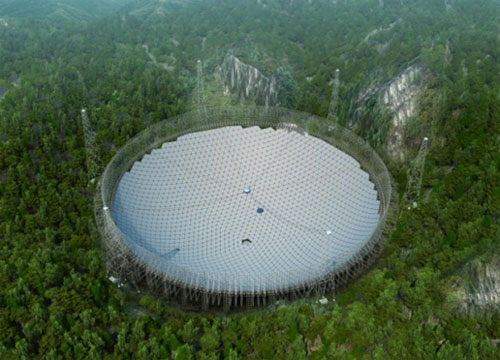 China advancing their search for aliens

In space news this week, China is one country going full-speed-ahead in the modern space race. Several space missions have been announced by the country in recent months. And on August 21st, Su Dingqiang, former president of the Chinese Astronomical Society and member of the Chinese Academy of Sciences, announced plans to probe black holes, study dark matter, and search for signs of alien life. 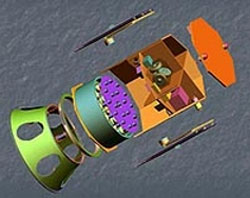 He says a hard x-ray modulation telescope is currently under construction, and is scheduled to be sent into orbit between 2014 and 2016. This tool will be used to study black holes to evaluate “high matter density, high energy density, high electric-magnetic field, and high gravitational field.”

A dark matter particle explorer is another project in the works, with a projected launch date of 2015. And, not stopping there, China is working to complete construction on their Five-hundred-meter Aperture Spherical radio Telescope (FAST), the world’s largest radio telescope, by 2016. This single dish radio telescope is being built in southern China’s Guizhou province. And the price tag is reportedly more than 700 million yuan (or $110 million US dollars). The Register explains, “It’s designed to be three times more sensitive than the current world record holder, meaning that it should be able to see further into space than ever before.”

China is also searching for extraterrestrial life with their Antarctic Survey Telescopes (AST3-1) in Antarctica, on which construction was completed in early 2012. As the Daily Galaxy explains, one of the telescope’s chief objectives is to search for extra-solar planets suitable for life.