Chilean Air Force General (Ret.) Ricardo Bermúdez, Director of Chile’s official Committee for the Study of Aerial Anomalous Phenomena (CEFAA) will address the International UFO Congress in Fountain Hills, AZ this February. This is the first time ever in the USA when a high-ranking military officer who runs an official government sponsored UFO project talks about the subject at a conference open to the general public. 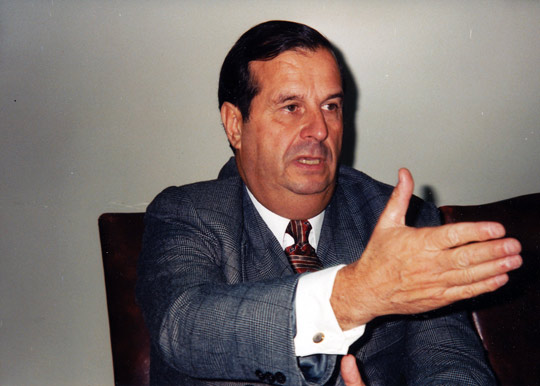 “This is an incredibly exciting opportunity for us” says conference co-organizer Maureen Elsberry, “this is the first time in the U.S. that such a high-ranking government official has spoken to the public about an official government sponsored UFO project. It shows how serious other countries take the subject of UFOs. It’s something they feel is worthy of official investigation.”

General Bermúdez served as commander of the Third Air Brigade in southern Chile, Director of the Technical School of Aeronautics, Deputy Director of the Air Force Academy, and Air Attaché in London. He became Director of CEFAA shortly after Chile’s Directorate of Civil Aviation created this office in 1997.

CEFAA collects UFO cases mostly from commercial and military pilots. “The policy of CEFAA is to pursue solid cases with adequate scientific data,” stated Gen. Bermúdez, “but only if there is an indication that the safety of the aircraft might have been at risk.”

Such a case occurred in November of 2003 when a B 737-200 almost collided with a triangular formation of luminous spheres.

The co-pilot of the aircraft wrote in the official CEFAA report: “A few minutes after takeoff I observed a dark mass of triangular shape heading toward our aircraft. It approached us rapidly in a collision angle with us and I was able to skip it by making a right turn. When it passed next to us I observed a metallic object with a steely gray color which passed very quickly near the window of the commander of the aircraft.”

Gen. Bermúdez will outline the history, methodology and some of the best cases collected by CEFAA up to now. He is also expected to make an announcement about the need for an exchange of UFO data among different countries and between official and civilian research groups, to better understand this puzzling phenomenon. 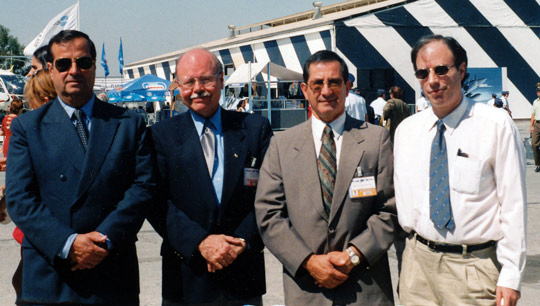 “The CEFAA’s official position has always been to recognize that something is happening in our skies, but we, as yet, do not know what it is,” he said.

Gen. Bermúdez will speak on Saturday February 25th at 1:00 P.M. at the Fort McDowell Resort & Conference Center in Fountain Hills, Arizona. More information about his presentation can be found at http://www.ufocongress.com.

The International UFO Congress is an Arizona based organization dedicated to the dissemination of information related to many areas in ufology. It was established in 1991 and hosts an annual conference which is the largest of its kind in the United States. It features presentations given by authors, researchers, experts, enthusiasts, and those who have witnessed paranormal or anomalous phenomena from all over the world. It also provides a forum to discuss the experiences and findings. This event usually has over 20 Speakers, a Film Festival, tons of vendors as well as experiencer sessions. Topics generally covered are abduction, UFO sightings, UFO crashes, crop circles, paranormal experiences, government conspiracy and much more.