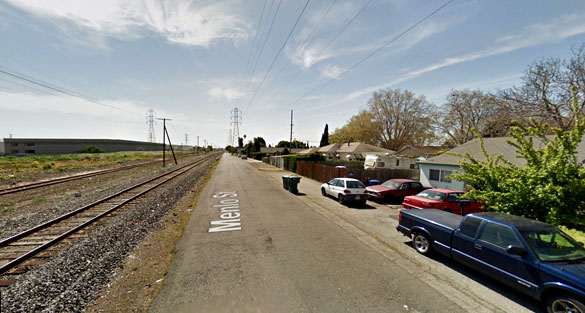 A California witness at San Leandro reported that a focused, bright-white light was noticed on the property after experiencing a low flying UFO several months earlier, according to testimony in Case 74137 from the Mutual UFO Network (MUFON) witness reporting database. 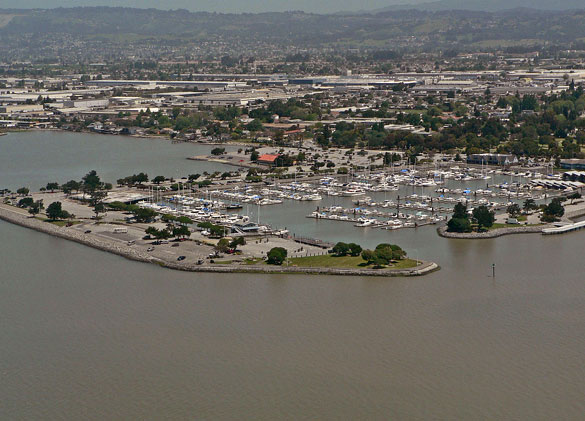 The witness and his wife have both experienced bright, white lights shining on the property with no known source. Pictured: San Leandro, CA. (Credit: Wikimedia Commons)

The witness is not sure if the events are related, but details the most recent white light experience that occurred at 11 p.m. on January 27, 2016, when his wife was in an upstairs bedroom.

“She told me what she saw: A bright, concentrated ‘white light’ shown through two of our windows; the light was rectangular in shape, approximately 10-foot by 10-foot,” the reporting witness stated.

The witness described the light in more details.

“The light ‘flashed’ several times like a strobe light and then it went away. She also said the white light had blue coloring in it.”

This episode seems stranger to the witness because it coincides with an almost duplicate experience he had about two months prior. 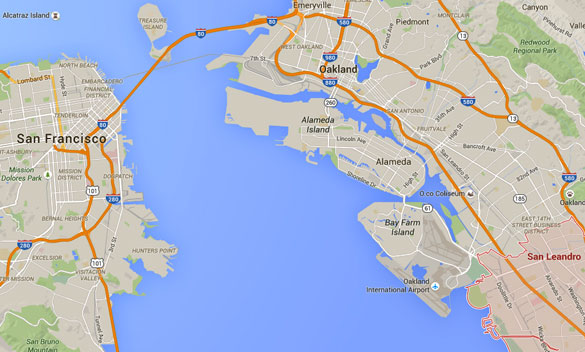 Several months earlier the couple had a UFO experience at the same location in San Leandro, CA. (Credit: Google Maps)

“When she had her experience, I was downstairs doing some paperwork. When I came up about 11 p.m. she detailed the event to me, as described above. When I had my experience, I was outside playing my ukulele about 11 p.m. With me, extremely focused, a concentrated white light shown on the exact same two windows of our upstairs bedroom. The white light flashed, kind of like a strobe light. It did this ‘on and off’ three or four times and then the light was gone.”

The witness found it odd because he could not locate the source of the light.

“I told my wife about my event and now, about two months later, she had the same thing happen. What makes our events even stranger, is that about four to six months earlier, I was, once again, sitting outside, playing my ukulele, at approximately the same time, 11 p.m.”

“The night time sky was totally clear. Very low, overhead, maybe 100-feet, coming directly towards me, a very large, black UFO appeared. It was silent. It made no sounds. It had three red lights, but I could not actually tell what its shape was, because the sky was clear, but dark, and the UFO was black in color.”

The witness called out to his wife and told her to hurry downstairs to come outside and observe the object. 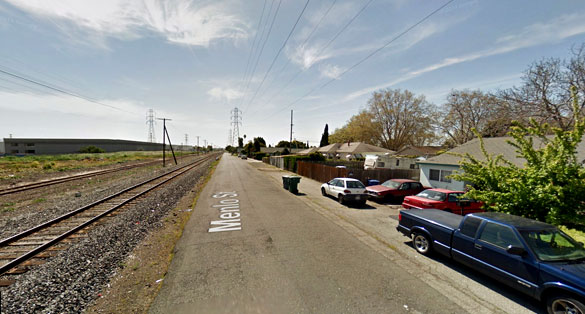 The couple is not sure if the UFO and light events are related. Pictured: San Leandro, CA. (Credit: Google)

“She did so, and together we saw the craft move extremely, slow; it almost seemed to be hovering overhead and then it kind of glided away at a slow speed. And then, a minute or so later, it moved away very quickly and then it was gone. We talked about it for a long time afterwards. Over time, we have recounted the UFO encounter to a few of our friends, but we have never mentioned the white flashing lights. We obviously do not know if the lights and the UFO sighting are related; but we do know, these things have never happened to us before.”

San Leandro is a suburban city in Alameda County, California, population 86,869. Please remember that most UFO sightings can be explained as something natural or man-made. The above quotes were edited for clarity. Please report UFO activity to MUFON.com.