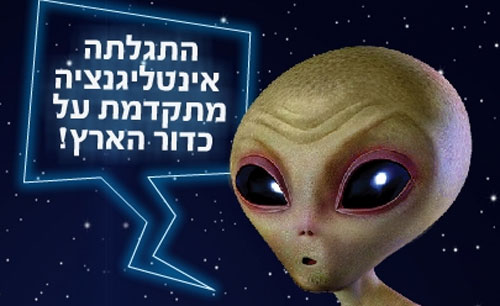 A bus company in Israel refused to place an advertisement featuring an extraterrestrial in its buses.

Test prep company Kidum recently launched a new ad campaign. And these ads feature an extraterrestrial. Ynetnews describes, “The ostracized alien is featured in a new ad campaign for a school offering prepatory courses for the SAT exams with the tag-line: ‘Advanced intelligence was discovered on planet Earth.'”

Kidum hoped to have its ads in hundreds of buses in Jerusalem, but bus company Egged rejected the extraterrestrial posters. Kidum was informed via email that “it is impossible to use figures of any kind in Jerusalem, and therefore the current campaign was not approved by Egged.” A Spokesperson from Egged clarified, “It’s true that Jerusalem is characterized by more sensitivity due to its demographics. We try not to offend public sensitivities even if it occasionally damages the concessionaire economically.” Kidum reportedly issued a statement saying, “We are careful to respect all sectors in the State of Israel, and wouldn’t even consider offending any human . . . To our understanding, the alien answers all the criteria necessary to not offend any sector.” But as Ynetnews points out, not everyone agrees apparently.