British scientists team up to search for intelligent extraterrestrial life 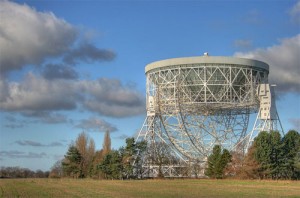 SETI (the Search for Extraterrestrial Intelligence) has gained in popularity in recent years, and the majority of SETI-related research has been based in the United States. But now, astronomers from eleven institutions in the UK have teamed up to increase their alien-hunting efforts. The Guardian explains, “British astronomers have drawn up plans to scour the heavens for signs of alien life using a network of telescopes that can detect broadcasts from other planets. Seven major telescopes across the country would gather data for the project and send information over hundreds of kilometres of fibre-optic cables to analysts at Jodrell Bank Observatory in Cheshire.” 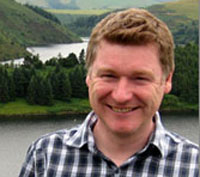 This plan was announced at the University of St Andrews in Scotland on Friday, July 5 at the 2013 National Astronomy Meeting of the Royal Astronomical Society. Tim O’Brien, the deputy director of Jodrell Bank, described at the meeting how the eMerlin telescope network could benefit the search for intelligent extraterrestrials. He stated, “We now have the capability to collect radiowaves across a wide swathe of the radiowave spectrum, and that allows us to look at the possibility of searching for the sorts of signals that might be created by ET civilisations.” He told the Guardian, “Ask astronomers do they think ET exists and most will tell you yes . . . We don’t know what the nature of life would be, or whether it wants to communicate with us, but since we’re collecting all this data anyway, it seems rather remiss not to search for ET signals.” 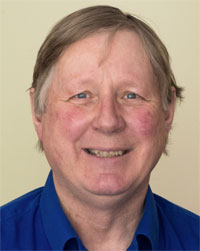 This new network of institutes is called the UK SETI Research Network (UKSRN), and it will fund research that explores new ways to find extraterrestrial intelligence. The network will also buy time on radio telescopes. Astronomer Alan Penny, coordinator of the UKSRN, told NBC News, “At the moment, America’s the place that does [SETI]. There’s no other place that comes close. We want to become No. 2.” According to Penny, UKSRN will ask to be included in the British government’s science budget. Sir Martin Rees, Astronomer Royal, who serves as UKSRN’s patron, plans to plead the group’s case to the government in an effort to secure the required £1m (approx. $1.5m) in annual funding.