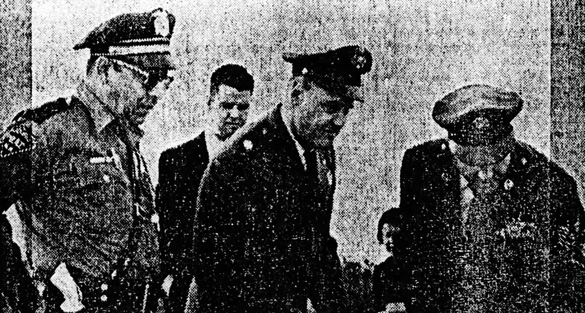 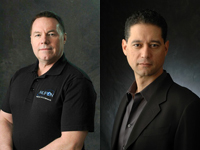 Open Minds UFO Radio: Ben Moss is Mufon’s Chief Field Investigator in Virginia, and a member of the rapid deployment Star Team (Strike Team Area Research). He is a guest expert on The History Channel’s Hangar 1 TV show, and has written numerous articles for the Mufon Journal and various online web sites. He has appeared on Paranormal TV and The Paracast Radio show. Ben has been with Mufon since the early 90’s. As a Mufon investigator, Ben has also studied such disciplines as History, Archaeology, Physics, Astronomy, Religion and many of the Sciences required to investigate such an elusive subject as UFOs.

Tony Angiola has been studying UFOs since the early 90’s.  He became an investigator in 1999 while living in Northern VA.  A computer network administrator by profession, Tony gives his spare time to studying and researching UFO cases.  As Assistant State Director and Star Team member Tony works close with other experts in the field to gain further knowledge on using current technology to further the field of Ufology in a scientific way.  Studying radiation, electromagnetic fields, general physics and string theory are a few of the subjects on his short list.  Tony is also an avid scuba diver and hopes to discover some kind of trace evidence left behind from anomalous craft seen under water.  Tony is also a public speaker and appears as an expert on season 2 of Hangar 1 that airs on the History channel.

Ben and Tony have been meeting with veteran UFO investigator and author Ray Stanford about his research into the Socorro, New Mexico UFO sighting in April, 1964. They recently lectured on this topic at the MUFON Symposium. In this interview we talk about this amazing case in which a police officer witnessed a strange object land in the desert before taking off again. It was investigated by the U.S. Air Force, and many of them felt this was one of the best UFO cases ever recorded.

For more about Ben and Tony, visit: MUFONVA.com

For more about Ray Stanford and his work on this case, you can find his book on Amazon.com.