Ted Roe is a co-founder and the Executive Director of the National Aviation Reporting Center on Anomalous Phenomena, NARCAP.org, which was established in 1999. He was born and raised in Great Falls, Montana during the 1960s and 70s and his interest in UAP and UAP research arose from local events and direct experience. Alongside his work with Dr. Richard Haines and the team at NARCAP, he has established and administrates the International Association of UAP Researchers, IAUAPR.org. Currently he resides on the Big Island, Hawaii, where he teaches freediving, martial arts (Iaido), and Zen meditation in addition to his duties administrating NARCAP.org and IAUAPR.org. 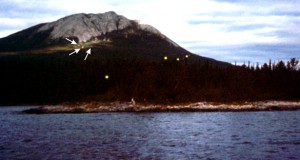 Ted Roe, the executive director of one of the most respected aerial phenomenon study groups, the National Aviation Reporting Center on Anomalous Phenomena (NARCAP), is seeking to start a peer reviewed journal on Unidentified Aerial Phenomena (UAP) research.