This is a collection of sighting reports received by Open Minds during the Last week of August. Names have been removed to respect the privacy of those who have submitted. 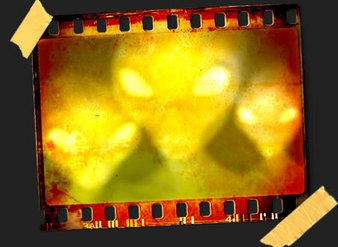 “Observed (3) dark red lights spaced equal distance, and appeared to be on the same plane. Estimated distance to be within 10+ miles of the east Bismarck city limits. That distance to the east of Bismarck would be relative to being close to Dawson, ND. A 4th light at lower level and to the right of the first light.( Very noticeable dark red lights, size compared to the red light on a traffic light from a distance of a block away.) The lights were viewed in an easterly direction of Bismarck and at an elevation in my opinion relative to General Aviation. The lights remained what appeared to be stationary for 1-2 minutes. Slight cloud cover and one by one starting with the light lowest appeared to make a turning maneuver and disappeared with the exception of the remaining light from the far right. That particular light changed to a light blue color and at a much higher elevation almost in seconds and visually moving in a southerly direction at a speed compared to a commercial airline or faster in my opinion. I have spoken to someone who lives in the Dawson, ND area and he explained of another individual who claimed to see lights in the area in the past.”

“Friend Jon and I were standing outside one night looking for unusual things in the sky over Matheson area. We have seen quite a few odd objects in the last year or so. We heard a loud pop from the sky, almost like a sonic boom, then a firey object flew across the sky from west to east. It left a snake like fire trail behind it. No way was it a meteor or asteroid because they fly straight. This thing snaked.”

“Saw a daylight sighting about 5 miles due west of Sand Creek park in Aurora. It was about two weeks ago. I was riding my tricycle in the park and looking at the clouds. I saw something floating slowly, slower than a regular airplane (I am near DIA airport) as I know airplanes and helicopter fly over my house all the time. It looked like a square frame with a square banner inside it. This is the only way I can describe it. I held up my right thumb and it covered my upper thumbnail halfway. There was NO airplane in front of it-like those airplanes that carry message banners. This banner was the same horizontally and vertically in size. Thank you! Anyone else see this-let me know!”

“I was at my Mom’s house last night on the southwest side of San Antonio, outside talking to my brother around I would say 8:50pm to 9pm when all of the sudden I see a flash of lights, sort of like when someone takes a picture but it was about 4 to 5 of them in a row up in the sky. Mow, this happened very quickly and not just once but about 5 times and not in the same spot. It seemed that whatever it was, it was moving and really fast, within five seconds they were gone. We looked at each other wondering if we saw it or not, which we all did, including my son. Nothing in the news (of course) and no reports of military training in the area by the media, but there had been some observations of military helicopters and airplanes by the Boeing/Kelly AFB site. Just want to see if anyone else saw this here in the San Antonio area?”

Have you seen a UFO? Submit your own UFO Sighting here.