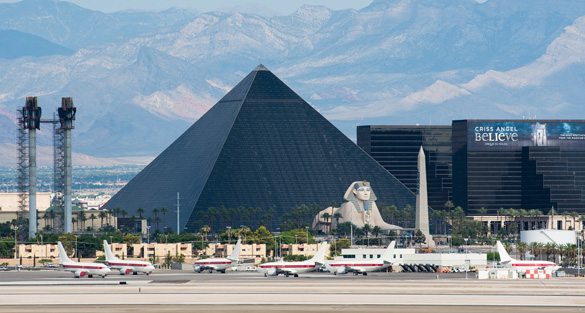 According to a tweet last night from KLAS Las Vegas 8 News Now investigative reporter George Knapp, the government shutdown has even affected the workers at Area 51, the top secret Air Force base in Nevada that is rumored to house crashed extraterrestrial spacecraft.

The flights Knapp is tweeting about are referred to as “Janet Airlines.” These are a fleet of unmarked Boeing 737s managed by government contractor EG&G that fly out of McCarren International airport in Las Vegas to the Area 51 facilities near the Groom Lake dry lakebed in the U.S. military’s Nevada Test and Training Range. These flights shuttle employees at the top secret facilities back and forth from Las Vegas on a daily basis. They are noted for their one red stripe down the fuselage. 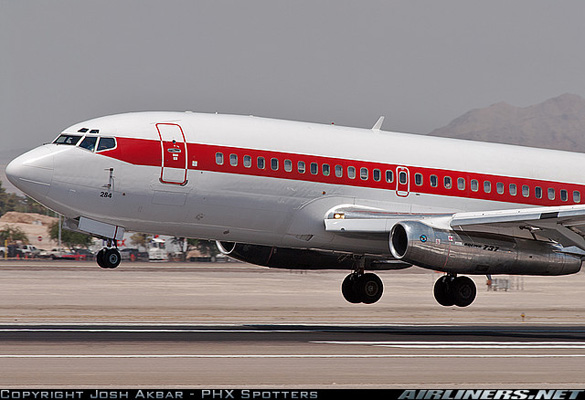 Area 51 made national headlines recently when a CIA document was released that purposefully included the name “Area 51.” Previous CIA documents had redacted the name of the base, blacking out any reference to it or Groom Lake. It was the government’s worse kept secret.

In the 1980’s KLAS had begun reporting on the existence of Area 51. Their efforts eventually led to the base becoming a household name, synonymous with extraterrestrials, men in black, and UFOs. It arguably, and ironically, became both the most well known and most secret U.S. Air Force base.

For now, all we have to go on is the tweet by Knapp. We have requested more information, and will update this page as we get it.

We just received an email from George Knapp. He says that they had observed the regularly scheduled daily flights appear to have stopped. He also says he checked with sources that notified them “current employees were sent home until further notice.” However, no one would go on the record. He also notes, “I’m sure there are some contractors still there at Groom–especially security— but the bulk of whatever they are working on is suspended for now.”

Knapp says that KLAS 8 News Now is planning on airing more details tonight, so those of you in the Las Vegas area be sure to tune in, the rest of us will need to keep an eye on their website for more.