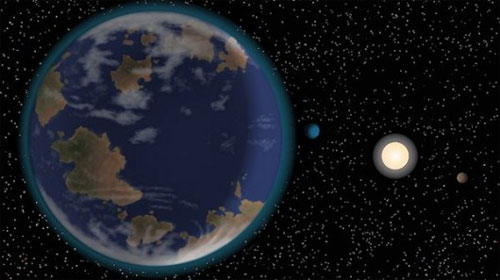 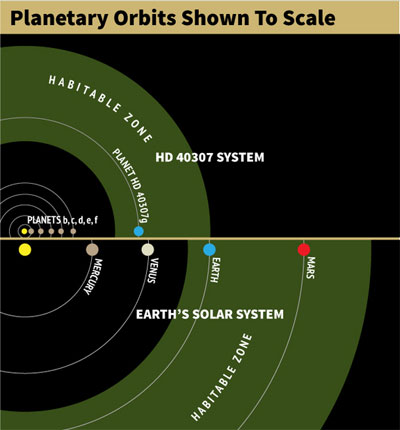 This new planet, HD 40307g, is the sixth planet in a six-planet system approximately forty-four light years from Earth. As Space.com explains, this planet orbits at a distance of 55.8 million miles from its star, HD 40307. And this distance “puts it into HD 40307’s habitable zone, the region in a planetary system where liquid water can exist on a planet’s surface,” meaning this planet could potentially support life as we know it.

An international team of astronomers made the discovery using the High Accuracy Radial Velocity Planet Searcher (HARPS) at the European Southern Observatory. But as astronomer Phil Plait of Discover Magazine points out, HD 40307g is still considered a planet candidate; it has not yet been confirmed.