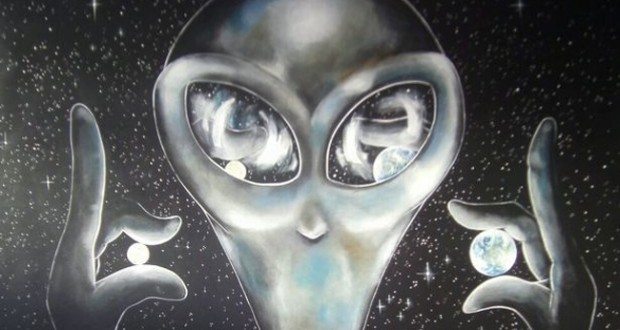 A British man claims that images in his head are sent by extraterrestrials who have visited him multiple times.

Lloyd Canning asserts that he has been visited by extraterrestrials on six separate occasions. The first encounter was allegedly when he was ten years old. Canning, who is now thirty-three, claims that he was abducted for the first time by these visiting aliens in 2005. 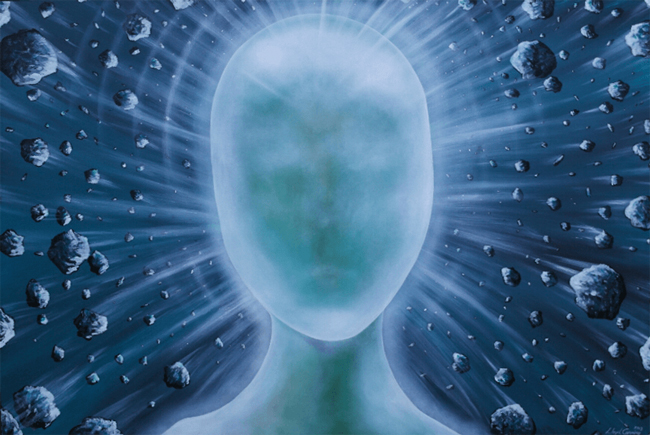 He began receiving visions after his first UFO sighting. “Ever since that first sighting I have had these crazy visions that just come over me,” he explains. “When they happen it’s like I don’t have a choice – I just have to paint them.”

The Mirror explains that Canning feels “compelled to paint certain images that he thinks are the aliens’ way of communicating with the human race.”

He has reportedly painted these images for years. But, until 2012, he kept his paintings private because he feared ridicule for his extraterrestrial claims. But, as the Mirror reports, “He now regularly exhibits at alien conventions and is preparing for his first international show.”

Canning has embraced his decision to publicly show his art so much that he quit his job as a scaffolder to paint full-time. Supporting his decision, Canning surmises, “It’s something that I think I have to tell people about, I think I was chosen because I was an artist, and they know they could channel through me.” 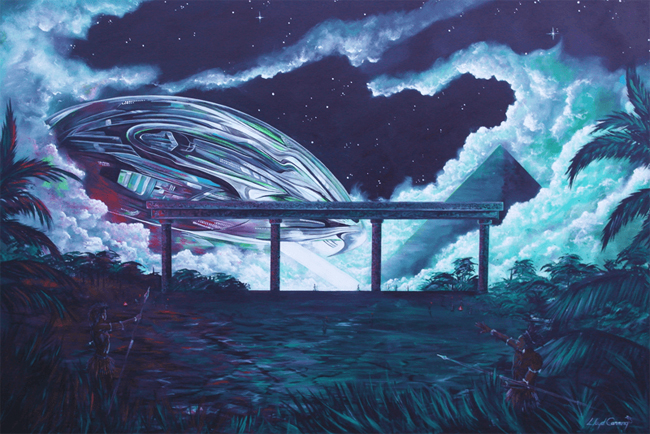 But he didn’t arrive at that possibility on his own. He explains that the idea was presented to him by someone at a recent event in Leeds. He states, “He said to me ‘there’s a strong chance that you’re being used by extra-terrestrials, they could be channelling through you.'”

According to the Metro, Canning hopes to host a one-man show in Los Angeles next year. But you can see some of his work right now on his website at lloydcanningartworld.com.