After final shuttle launch, the search for extraterrestrial life continues 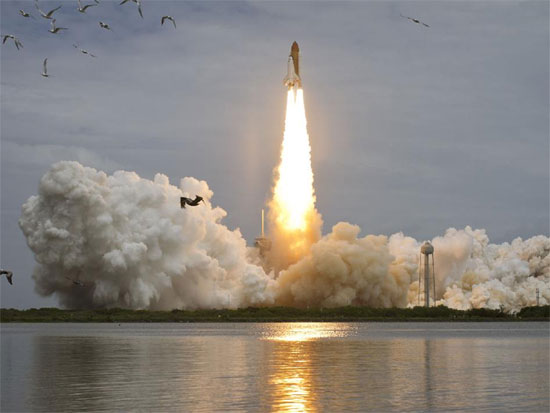 NASA’s Atlantis space shuttle blasted into space this morning, marking the shuttle program’s final launch. But rather than winding down, the organization is busy continuing to explore the unknown galaxy through a variety of programs using space telescopes, satellites, and rovers. In addition to the ongoing operations at the large space laboratory known as the International Space Station, NASA also has several programs in development, including several missions to Mars.

According to NASA’s website, they have “a robust program of exploration, technology development and scientific research that will last for years to come.”

Mars has always been a planet of interest to NASA. And while the goal of manned Mars missions is being worked on, the next step is apparently to send another rover to the Martian surface. NASA is deciding between two landing locations for the next rover. According to the Huffington Post, “The nuclear-powered rover nicknamed Curiosity will touch down either in Gale Crater near the Martian equator or Eberswalde crater in the southern hemisphere.” The final decision will be made at the end of the month, and the rover is scheduled to launch in November, putting it on Mars sometime next summer.

NASA also recently announced that they are developing tools that could aid in the search for extraterrestrial life, such as the Multi-Purpose Crew Vehicle, being developed in cooperation with the Lockheed Martin Corporation, that could enable deep space exploration, as well as take humans to Mars.

With the shuttle program’s conclusion, it is exciting to see the focus of NASA shift to other exploration programs that could provide far more evidence of extraterrestrial life than the shuttle missions ever could.

And to add a curious side note, something mysterious appeared in NASA’s live video feed from the shuttle Atlantis today. Some speculate the video shows UFOs, while others dismiss the oddity as debris from the shuttle.

Watch and decide for yourself: