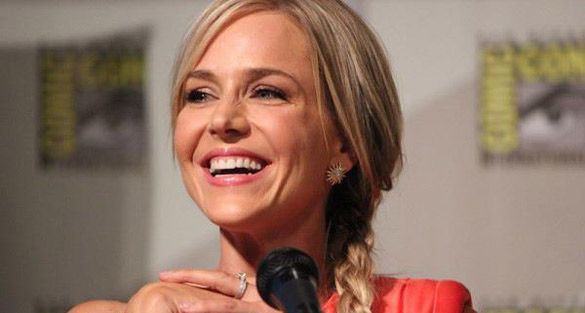 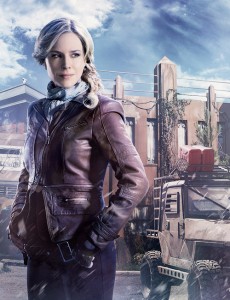 Actress, Julie Benz, told a Toronto morning show that she believes aliens are out there.

“There’s some sort of life out there,” she said. “It would be very narcissistic to think that there isn’t something.”

Although, she says she is a little hesitant to meet an ET. “I have no desire to meet an alien,” she said. “I hope that if they are out there that they’re very friendly.”

She says it is a topic she has actually given a lot of thought, “I’ve been fascinated by aliens since I was a little girl, watching every Spielberg movie ever made.”

Benz, who had a leading role on the popular Showtime series, Dexter, is promoting her latest project, a new Sci-Fi show called, Defiance. In the show Benz plays the mayor to a futuristic town on an Earth that has been devastated by wars with aliens. The wars are over and the aliens and the humans have a delicate truce, and must learn how to live together. The show premieres on the Syfy channel on Monday, April 15.

She also appeared on the TV show Roswell for several episodes.

Her alien comments were made during an interview on The Morning Show on Canada’s Global News. She is so committed to alien awareness, that she has even changed her twitter bio to read: “Actress…. I believe in aliens.”