Home / Articles / A historic sighting by a prominent Mexican philosopher
"We were witnessing the birth of beings of light. Stirred, we commented, yelled in astonishment, delighted like someone receiving a revelation."

A historic sighting by a prominent Mexican philosopher 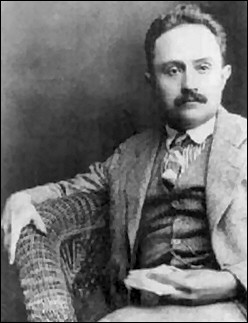 The Mexican philosopher José Vasconcelos in the 1920s

There is a common misconception that most UFO witnesses are intellectually challenged or uneducated. Of course, this is not at all true. Witnesses include two U.S. presidents, astronauts, generals, scientists and professionals of all kinds. To this list we should also add philosophers, as shown by the events we present below. While not well known in the U.S., the author of this curious account, José Vasconcelos (1882-1959), was a very prominent Mexican philosopher and Latin American intellectual in the first half of the 20th century.

Vasconcelos was born in Oaxaca in 1882 and graduated as a lawyer in 1907. He became involved in the Mexican Revolution and served in a number of official posts in the 1920s, when he made important educational reforms as dean of the national university, and later as secretary of education. He ran for president in 1929 but broke with the PRI (Institutional Revolutionary Party) and went into exile in the U.S. and Europe after the election was stolen. He returned to Mexico in 1940 and served for many years as director of the National Library.

Vasconcelos was the author of many books and essays dealing with education, philosophy, history and a series of autobiographical memoirs. In his first autobiographical book, “Ulises Criollo” (Creole Ulysses), published in 1935, the philosopher recounts a strange experience lived by his father, three brothers and himself at the family’s property in Villa Acuña, Coahuila, a state bordering Texas. Vasconcelos doesn’t provide a date for the incident, but since this section in “Ulises” deals with his youth, it is probable that it happened sometime during the 1890s. This case was discovered by the Mexican skeptical ufologist Héctor Escobar, who published it in “Perspectivas Ufológicas Nº 5” in May, 1995.

We consulted in Google Books a critical edition of this work published in 2000 by the University of Costa Rica and edited by Claudio Fell. You will find the UFO sighting text on pages 56 and 57, which we translated to English. Because Vasconcelos was a great writer who used a poetical style, we hope some of our viewers can read it in the original Spanish by hitting the icons of pages 56 and 57.

Text of the UFO sighting from José Vasconcelos’ Ulises Criollo:

“We were returning from a walk to ‘the other side’ [of the river]. The morning was luminous and warm. Slight threads of mist blurred the horizon, spreading through the valley. It was about 11 in the morning and the sun was beginning to burn. From the bridge we were looking at the sandy bank, blotted by grama-grass and mesquite [Mexican shrub], cut from dry brooks, and positioned in a smooth undulation in the terrain up the bank of the river, which runs tame. Suddenly, born from the humid bosom of the environment, some points of light began to shine; they advanced, became enlarged and turned into discs of a vivid reddish or golden coloration. With my father and brothers, we were five to witness this marvel. At first we thought they were spots produced by the glare of watching the sun. We scrubbed our eyes, checked with each other and looked again. There was no doubt, the discs rotated, became spheres of light, rose from the valley and ascended, coming close almost to the banister we were leaning on. Like a top buzzing in the air, the luminous spheres cut through the thin vapor of the environment. It almost seemed as if the mist itself was crystallized and refined to engender form, movement and color.

We were witnessing the birth of beings of light. Stirred, we commented, yelled in astonishment, delighted like someone receiving a revelation. In so many years of diverse reading I have never found an explanation to this case, not even a similar account, and I still don’t know if what we saw is rooted in the interaction of physical forces or we all suffered a collective hallucination like the ones studied by psychologists.”